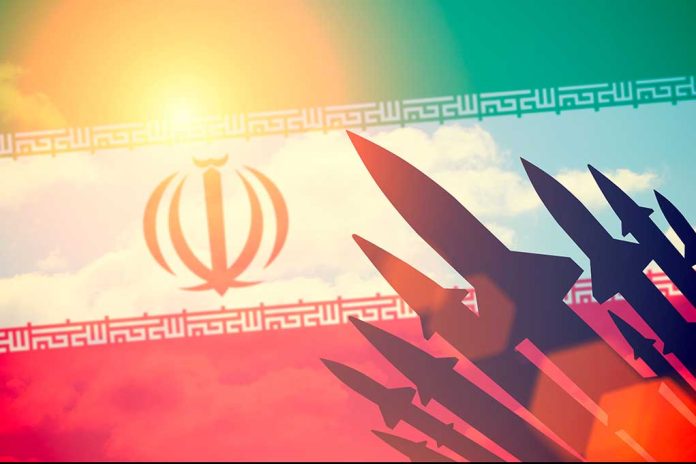 (UnitedVoice.com) – Iran’s interference in Yemen’s civil war took a knock last week when a British warship intercepted two shipments of weapons. It’s likely the weapons were heading for the Houthi rebels. Iran denies supporting the Houthis — but now, the UK has proof.

The British government announced a Royal Navy frigate identified and captured Iranian speedboats on January 28 and February 25. On both occasions, a Wildcat helicopter from HMS Montrose, a Type 23 frigate, was on early morning anti-smuggling patrol when its radar detected small, fast boats leaving Iran and heading into the Arabian Sea towards Yemen. The helicopter then vectored rigid raider boats carrying Royal Marines onto the Iranian speedboats; when the Marines searched them, they found an array of Iranian-manufactured weapons, including sophisticated Type 358 surface-to-air missiles and engines for Type 351 land-attack cruise missiles.

A British Royal Navy vessel seized a sophisticated shipment of Iranian missiles in the Gulf of Oman earlier this year, officials said Thursday, pointing to the interdiction as proof of Tehran’s support for Yemen’s Houthi rebels in the embattled country.

HMS Montrose has been operating in the Persian Gulf and the Arabian Sea since 2019. Based out of the UK’s naval base in Bahrain, the 4,900-ton frigate spends most of her time escorting oil tankers through the Strait of Hormuz, where Iran regularly harasses shipping. Of course, that also puts her in the ideal place to intercept Iranian weapons smugglers, potentially seriously restricting Iran’s ability to supply its Houthi allies. If UK forces capture enough weapons before they reach Yemen, it could give the Yemeni government and its Saudi allies a serious advantage over the rebels.