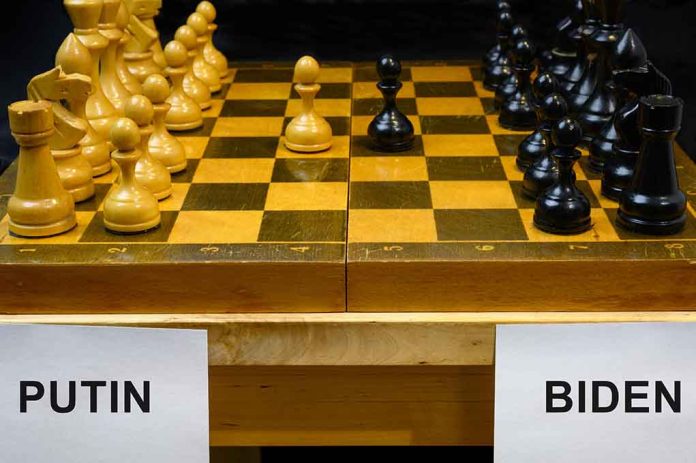 (UnitedVoice.com) – On Tuesday, January 18, White House Press Secretary Jen Psaki said the tension between Russia and Ukraine is at a critical point. President Joe Biden’s administration believes the Russian military, which has 100,000 troops along the border, could invade Ukraine at any time. The next day, Biden reiterated that point during a press conference, saying he also believes an armed conflict could take place soon. In response to the aggression, the US is taking steps to help Ukraine.

Secretary of State Antony Blinken was in Kyiv for meetings with Ukrainian President Volodymyr Zelensky on Wednesday. The secretary reportedly provided the country with $200 million in military aid to help defend itself against Russia.

As U.S. Secretary of State Antony Blinken visits Ukraine the Biden administration says it's providing an additional $200 million in defensive military aid to the country amid soaring fears of a Russian invasion. https://t.co/a89IiO4c4A

The United States and NATO have been involved in high-level talks with both Russian and Ukrainian officials for weeks. While Russian President Vladimir Putin denies he intends to invade his neighbor to annex land as he did in 2014, his officials claim the troops are on the border to stop NATO from expanding east.

Russia’s issue with NATO is one they reportedly will not relent on. Putin wants the US and the international alliance to ban Ukraine from joining. Biden and NATO have both refused to agree to that, saying every nation had the right to make that decision for itself.

Despite the talks between Biden and the other world leaders, tensions remain high and the world is left waiting on pins and needles to see what might happen.