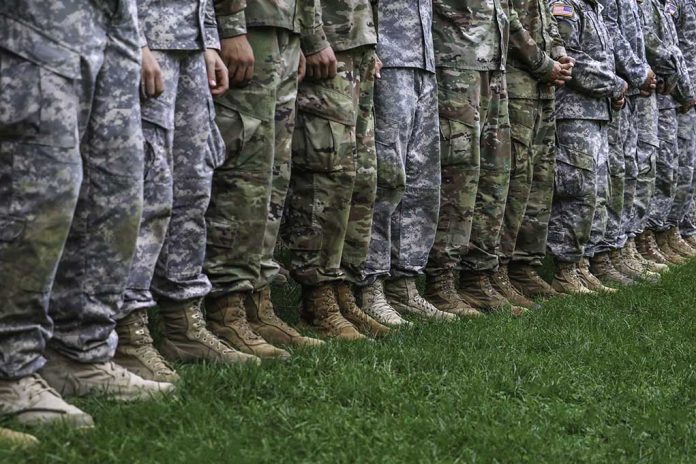 (UnitedVoice.com) – The US economy is still recovering from the once-in-a-century pandemic that left hundreds of thousands of people dead around the country. Recent reports reveal the national debt has topped $30 trillion for the first time in history. One might expect President Joe Biden would be thoughtful about where the country’s money is going, but a new report about the military indicates that would be a silly expectation.

Last year, Biden and Defense Secretary Lloyd Austin implemented a vaccine mandate on the US military. As of January 26, Newsweek reports 3,350 members of the Army have not received their first dose of the vaccine. In response, the military sent out official reprimands to just over 3,000 of those troops. They’re being told that if they don’t submit to the shot then they’re facing discharge from the military.

But just how much would that cost?

Newsweek tallied up what it would cost to replace the unvaccinated soldiers should the military discharge them and it would be $200 million. That’s right … million.

At least 3,350 soldiers face being discharged from the Army after refusing the mandatory COVID-19 vaccine. https://t.co/oV802ztaPc

That number is just what it would cost to replace soldiers in the Army. There are four other military branches that have active-duty members who don’t want the vaccine either. The Pentagon claims all service members must receive the jab in order to keep everyone safe. But it’s unclear how the mandate will do that since the shots don’t stop the spread of the virus.

Losing both money and thousands of trained experienced troops when China and Russia are being increasingly aggressive seems like a terrible idea. What do you think?