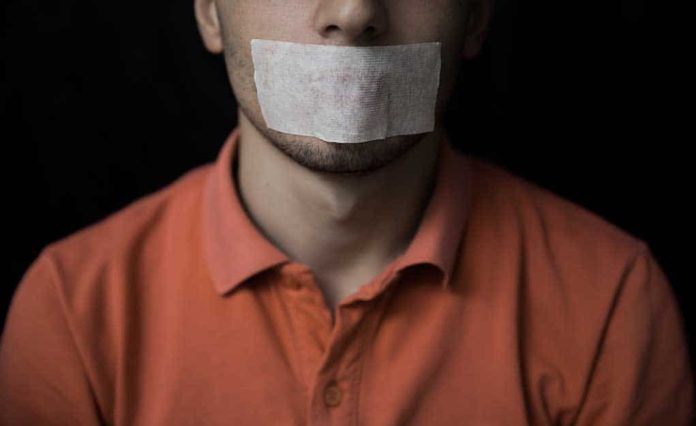 (UnitedVoice.com) – The culture war in America’s schools has been heating up for decades. Years ago, some parents grew concerned schools were assaulting religion on campus and fought back to allow their kids to express their religious views or observe the National Day of Prayer before school hours. The problem has steadily gotten worse for conservative parents as Critical Race Theory creeps into education and transgender policies override a student’s privacy concerns.

On September 29, the National School Boards Association (NSBA) wrote a letter to President Joe Biden pleading for immediate help from the Department of Justice (DOJ) over what it labeled a rising tide of violence against school boards. The NSBA earned widespread outrage for labeling parents upset at school policies as domestic terrorists. In response, Attorney General Merrick Garland issued a memo asking the FBI to get involved.

On Wednesday, October 29, the Senate Judiciary Committee held a hearing where Garland doubled down on the policy as Republicans objected and suggested he was sending a chilling message to concerned parents.

One by one, GOP Senators made their views clear and demanded Garland rescind the memo. Sen. Chuck Grassley (R-IA) said the directive targeted concerned parents as Critical Race Theory begins showing itself in public schools through curriculum or indirectly through teachers and transgender issues in schools. The senior Republican on the committee said Garland’s actions resemble something akin to a communist country.

Garland defended his memo by saying he only directed federal authorities to assist local officials if they needed help to curb violence, threats of violence, or other criminal conduct. The problem for Garland is the FBI and other federal agencies ought to be looking into matters of importance to the federal government and not issues involved at the local level. Local police and sheriffs are capable of dealing with actual investigations and crimes without the chilling effect of federal authorities.

Still, despite the harsh language of the NSBA letter and the AG’s memo, Garland insists the DOJ did not “sic the FBI on parents.”

Sen. Tom Cotton (R-AR) had a different perspective. He asked Garland about a situation involving a man who was dragged out of a Loudon County school board meeting and arrested for trying to inform the school board that a supposed transgender student sexually assaulted his daughter in the girl’s bathroom on May 28. The father accused school leaders of covering up the horrific crime to protect their transgender policy.

The Superintendent allegedly covered up the incident claiming no such thing was occurring in schools. Yet, on the same day as the alleged sexual assault, he emailed colleagues confirming the allegations. On October 15, the superintendent apologized for not ensuring children’s safety and preventing the alleged assault.

Making matters worse, police arrested the alleged assailant for forced sodomy. In October, the same student was arrested and charged for assaulting a different girl at another school. The authorities charged the young man with sexual battery.

Cotton held up Garland’s confirmation papers from 2016 and said, “Thank God you’re not on the Supreme Court.” He then demanded the attorney general resign in disgrace and said the directive in the AG’s memo was shameful.

Garland was touted as a moderate in 2016 when then-President Barack Obama nominated him to the US Supreme Court. Does that sound familiar? Yet, much like his boss, as attorney general, he appears to be doing the bidding of the Left. In 2016, then-Senate Majority Leader Mitch McConnell (R-KY) did America a favor by refusing to vote on Garland’s nomination. Hindsight is always 20/20. Garland’s record as AG says something about how he might have ruled on cases as a Supreme Court justice.

Every day that goes by proves how far to the left the Biden administration is going to enact a radical agenda. In 2020, Biden stated he defeated the Socialists and Progressives. He claimed to be the moderate grown-up in the room. He obviously misled America. Based on the president’s sinking poll numbers, it’s evident Americans are on to him.

The question is, can America survive the horror show of the Biden administration?