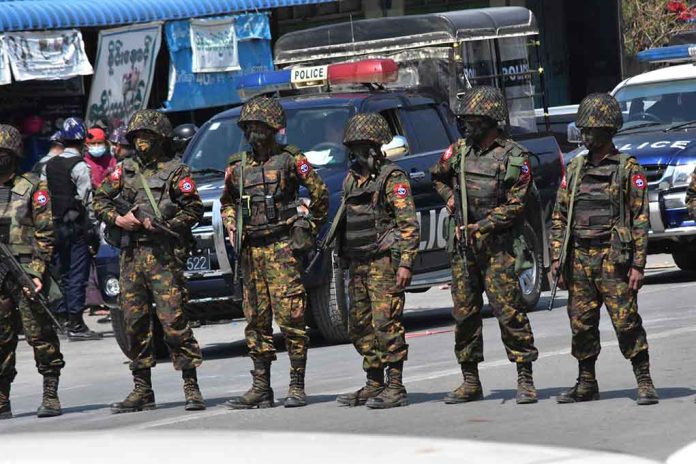 (UnitedVoice.com) – In 2018, a US State Department report said the Myanmar military committed atrocious acts and crimes against humanity. It included the destruction of Rohingya communities, brutal repression, and mass killings of civilians. Since August 2017, 700,000 Rohingya Muslims have fled from Buddhist-majority Myanmar to refugee camps in Bangladesh. The US government said the Myanmar military tried to eradicate them from the country.

In February 2021, the Myanmar military committed a coup against the democratically-elected government. They killed thousands of civilians across the country or threw them in jail for opposing the new military rule known as a junta. On Monday, March 21, Secretary of State Antony Blinken said the official US government position is that Myanmar committed genocide against the Muslim Rohingya population, laying the international groundwork that could result in legal action.

It Took Five Years for US Government Declaration

In 2018, the Trump administration backed away from declaring the situation in Myanmar a genocide. One year after the military crackdown against Rohingya Muslims, former Sectary of State Mike Pompeo said the military carried out an abhorrent ethnic cleansing. Still, that isn’t an international legal term and doesn’t carry the weight of the term genocide.

After the 2021 coup, things have only become worse in Rohingya. Blinken’s genocide label is important for many reasons. First, the US rarely issues a genocide declaration. It’s only the eighth time since the Holocaust we’ve declared it. This time, the US joined the International Court of Justice in the Hague, which accuses Myanmar of incomprehensible crimes.

Blinken stated the US called out the act of inhumanity against Rohingya as Russia inflicts horrifying military aggression against Ukraine. The Secretary of State said America stands with Ukraine, and it must also stand with those suffering atrocities in other places in the world as well.

On Monday, Sen. Jeff Merkley (D-OR) said the State Department was long overdue in its declaration the Myanmar military committed genocide. The Senator sits on the Committee on Foreign Relations and Subcommittee on Human Rights. He added the regime must be held accountable for its brutal behavior.

I’ll never forget the painful stories I heard in 2017 from members of the Rohingya community in Burma and Bangladesh—stories of violence and crimes against humanity. Good to see the admin take this overdue step to hold this brutal regime accountable, which I've pushed for years. https://t.co/Xv6b0AcguP

The president of the Burmese Rohingya Organisation UK, Tun Khin, said the US decision was a momentous occasion and must lead to real actions to hold the Myanmar military accountable for its crimes. Human Rights Watch said the US government should seek justice for the victims and impose strict sanctions against the Myanmar leadership.

Stay tuned. The US declaration of genocide is just the beginning of the process to hold Myanmar’s military leadership accountable.