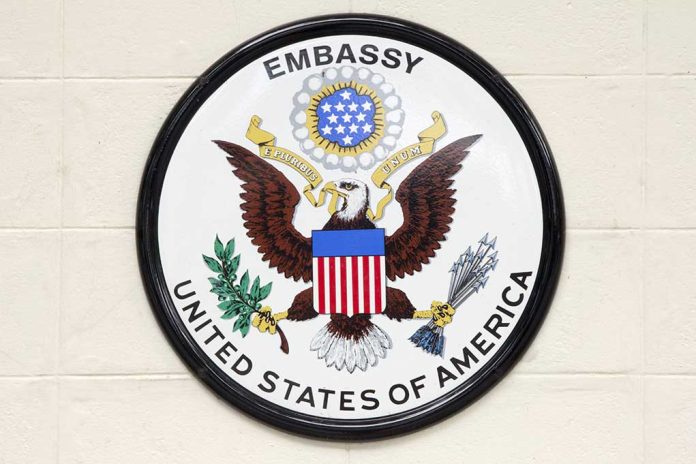 (UnitedVoice.com) – Historically, United States embassy workers have a dangerous job. When a diplomatic outpost receives an evacuation order, typically, something is awry. According to PJ Media and an interesting video of a helicopter collecting passengers, that’s what happened in Baghdad this week.

The US embassy employees have been evacuated from the #Green_Zone by the helicopter.#Baghdad, #Iraq pic.twitter.com/HLZerzb0ja

The protests started when a popular Shiite cleric announced his departure from public life. Distraught supporters marched toward the presidential palace, becoming more violent as they progressed. UN forces inside the zone fired tear gas and rubber bullets to quash the movement, but the assailants kept coming.

The White House denies the embassy required evacuation. Kirby said the administration would focus on creating a dialogue moving forward, hoping reason and peace will replace violence and anger.

Still, that seemingly contradicts the footage taken on the ground showing a large chopper with its rotors spinning, waiting to bug out. The scene is reminiscent of the final days of the Vietnam war, with Americans scrambling to get to safety before the enemy swoops in and takes complete control.