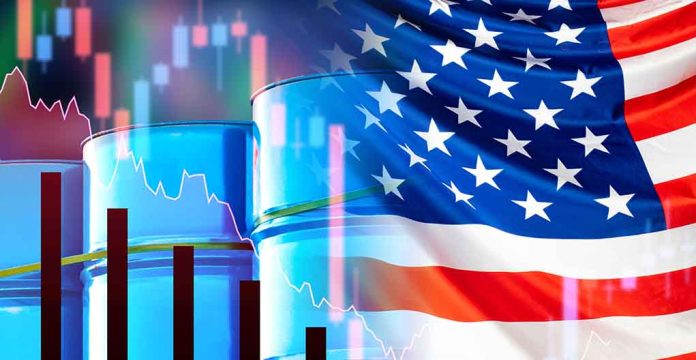 (UnitedVoice.com) – When Russia invaded Ukraine, the members of the International Energy Agency (IEA) approved emergency releases of their oil stockpiles to help ease the pain in Europe. President Joe Biden met the United States’ obligations with the international organization and used the reserves to help Americans suffering from inflated fuel prices. Now, the country is seeing the consequences of those decisions.

The U.S. emergency crude oil stockpile fell by 4.6 million barrels last week to its lowest level since May 1985. https://t.co/EdeEQTCsoS pic.twitter.com/RmdZHTCoBx

On July 26, the White House announced the releases helped reduce the price of gasoline in the US by 40 cents per gallon. The administration will continue releasing crude from America’s reserves in the immediate future. However, a May press release stated the Department of Energy is taking steps to repurchase oil beginning after the fiscal year 2023 to replace supplies used over the last several months.

Replenishing the SPR is critical, especially given the threats the US is facing from multiple adversaries. China, North Korea, Iran, and Russia have all made threats recently. If they were to put America in a position to protect itself, it would need its reserves.

Do you think the Energy Department should replace the stockpile sooner?