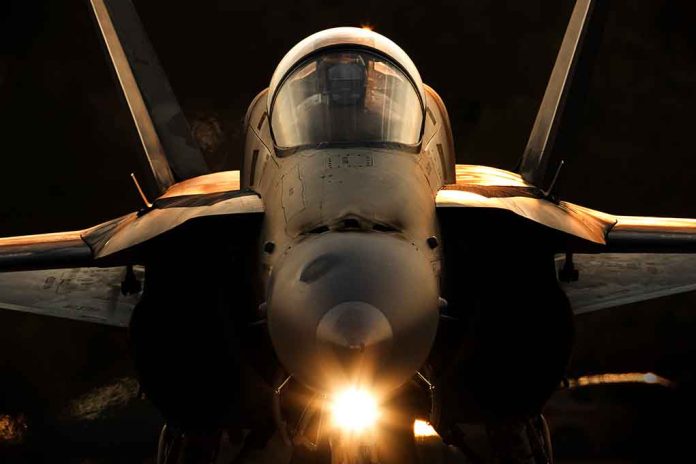 (UnitedVoice.com) – Since 2019, the United States Navy has maintained a presence in the Mediterranean Sea. The sailors deployed as a show of force when Russia started building up its military presence near NATO nations. The American vessels are more important than ever now that the former Soviet nation has escalated its aggression. Yet, there was a recent mishap aboard one of the aircraft carriers.

According to a Navy press release, on July 8, an F/A-18 Super Hornet fighter jet was on the USS Harry S. Truman when high winds blew it overboard. The aircraft was assigned to the Carrier Air Wing 1 when “unexpected heavy weather” in the Mediterranean caused the mishap. The incident occurred while the warship received resupply at sea. Further reports revealed two other vessels, the USNS Robert E. Peary and the USNS Supply, were also involved in the mission.

The accident injured one sailor, but he’s in stable condition. The ship’s command accounted for the rest of the personnel, and the ship continued its mission. The Super Hornet is now at the bottom of the sea, and the military is determining whether to salvage it.

The last known case of a jet blowing overboard was in April 1995. On that occasion, the exhaust from another jet blew an F-14 Tomcat aboard the USS Independence into the sea.