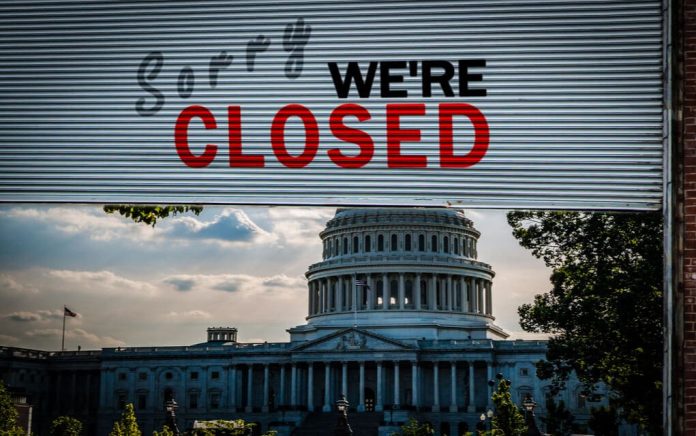 (UnitedVoice.com) – For months, Treasury Secretary Janet Yellen warned Congress the deadline to fund the federal government and extend the debt ceiling was growing close. Instead of dealing with this important government issue, House Speaker Nancy Pelosi (D-CA), Senate Majority Leader Chuck Schumer (D-NY), and President Biden pursued their reckless far-left agenda as the top priority. With the clock ticking, there are no assurances Democrats will cross the finish line and avoid a government shutdown.

On Thursday, September 23, the White House Office of Management and Budget (OMB) issued a statement warning federal agencies they need to begin preparing for a shutdown regardless of whether there is one or not. In one week, the government will run out of funds to operate if Congress doesn’t fund operations by the beginning of the new fiscal year that begins on Friday, October 1. Pelosi issued a statement assuring Americans the situation would work out. However, the Speaker can’t guarantee anything in this environment until the ink of the president’s signature is dry.

From a practical viewpoint, the OMB issuance is a standard procedure seven days before a potential government shutdown. Every federal agency has a contingency plan that includes how many employees work or receive furloughs, who is essential and who’s not, and who will be required to work without pay until a shutdown ends. The Treasury Department can only begin to repay workers the money it owes them due to a shutdown after receiving funding again.

The White House said there is still plenty of time for Congress to prevent a lapse in appropriations, which is another way of saying Congress authorizes the federal government to pay its bills.

On Wednesday, the House passed a resolution that would combine a bipartisan spending plan with an increase to the debt ceiling. The GOP is adamantly against increasing the debt ceiling, arguing Democrats can do it themselves as the majority party in Congress through reconciliation. Republicans say they will not support debt to pay for the Democrat’s push to transform America from a capitalist system to a hybrid socialist one. If Democrats want to pursue their $3.5 trillion go-it-alone partisan package, then they can fund the debt to pay for it.

Senate Minority Leader Mitch McConnell (R-KY) said passing a spending measure won’t change Republican minds about the debt ceiling. He warned that Democrats shouldn’t attempt to create an unnecessary crisis for political gain. He reiterated that the Democrats who insist on recklessly spending and taxing Americans to pay for their partisan bill would be the owners of raising the debt limit.

On Thursday, Speaker Pelosi hinted that Democrats might be open to decoupling the spending bill from the debt ceiling to pass a continuing resolution (CR) to fund the government. If that happens, it would be a significant win for Republicans. Pelosi acknowledged the spending bill was bipartisan. She said it was when they added the debt ceiling to it, the proposal became contentious.

The Speaker reiterated that the votes would be there from both parties to fund the government. The White House echoed Pelosi’s optimism Congress would avoid a spending stoppage that would halt government operations. However, until it formally does so, the government needs to plan as if it’s not going to happen.

As the last week of September descends on Washington, DC, expect the rhetoric, debate, and Democratic infighting to intensify.

Fasten your seatbelts. We can expect some turbulence for a little while.