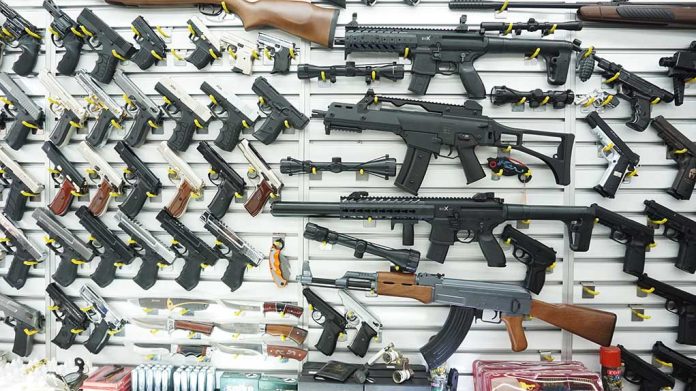 (UnitedVoice.com) – Since before the founding of America, guns have played an essential role in American culture. There have been several times that gun sales have boomed since 2008. While two gun manufacturers — Smith & Wesson and Sig Sauer — dominate the landscape, the number of smaller manufacturers is growing, and sales are again exploding as they offer specialty guns that provide meaning to their owners.

From 2016 to 2020, Smith & Wesson made 8.2 million guns, accounting for 17% of the handgun market. Yet, a growing number of small gun manufacturers are carving a niche in the market.

Newsmax shared that gun buyers’ desire for memorable guns is rising. One man purchased a gun for each child in his family, adding the name and birthdate as engravings to each. Others may want something patriotic or even a Bible verse inscribed. But customization doesn’t come cheap. Guns like these start at $1,295 to $1,695. Depending on features, prices escalate from there. Still, sales are booming among the small gun manufacturers.

Reports say that gun manufacturing permits increased by nearly 700% in the first 20 years of this century, and small arms makers are primarily responsible for the increased production. In 2021, small gun makers added around $70 billion to the US economy or about 0.3% of the total US gross domestic product (GDP).

A 2021 report released by the Bureau of Alcohol, Tobacco, and Firearms (ATF) showed three periods when gun sales increased dramatically. In 2013, sales exploded after President Barack Obama’s second inauguration and the Sandy Hook mass shooting in Newtown, Connecticut. Obama and Democrats called for increased gun control in the wake of the horrific incident.

The second occurred during the 2016 presidential election as then-Democratic candidate Hillary Clinton appeared to be the front-runner against Donald Trump and threatened gun control measures — even if she needed to act unilaterally. The third occurred in 2019 through the 2020 election and pandemic as Democrats attempted to pass increased gun control regulations through law.

Over the last several years, semi-automatic handgun manufacturing rose at the fastest rate on record. Manufacturers made between 3 million to 5.5 million per year.

With the strong demand for guns, small manufacturers say a gun doesn’t have to look generic and that customers who never considered customization before are flocking to the idea of something uniquely theirs.