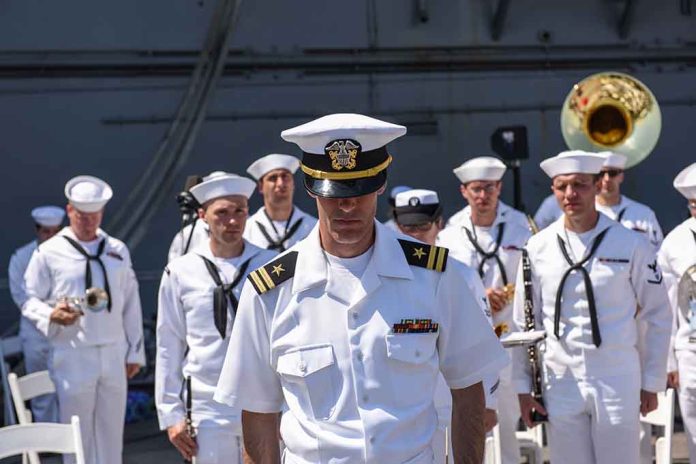 (UnitedVoice.com) – The debate over pronouns is a persistent one. Liberals believe everyone should refer to people by their preferred pronouns, including “they/them,” while Conservatives think traditional pronouns “he/him” and “she/her” are perfectly fine. The controversy has now made its way into the US military.

In June, someone posted a childlike Navy instructional video online that teaches service members how to use the correct pronouns when speaking to someone. In the video, Jony Rozon, a Naval Undersea Warfare Center engineer, claims using those pronouns is a “simple way to affirm someone’s identity.” He goes on to say it’s the respectful thing to do.

Rozon tells Navy members they can use gender-inclusive language to make everyone feel good, like using “everybody” instead of “guys.” He also recommended using their preferred pronouns when sending an email. Another engineer, Conchy Vasquez, says service members should either correct themselves or “accept the correction and move on.”

The video emphasizes learning everyone’s pronouns and ensuring their proper use, but then switched it up, saying not everyone will talk about their pronouns.

Let me make it simple for the entire @USNavy : Your pronouns are shipmate/shipmates. There. I just saved the taxpayers millions by avoiding ridiculously useless training. Anchors aweigh.

Do you believe the Navy should focus on pronouns, or do you support using traditional pronouns?