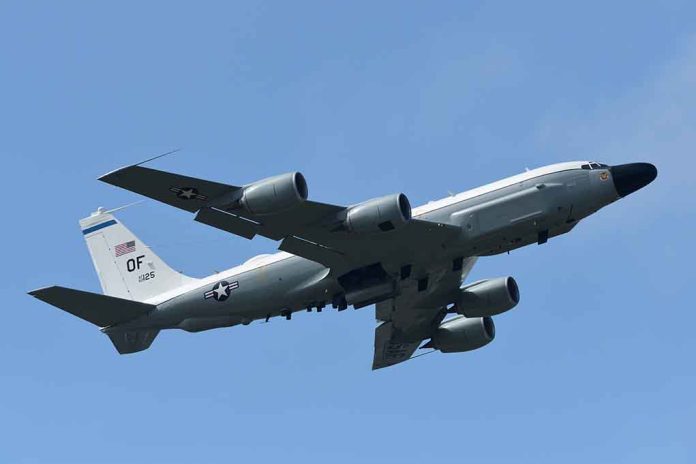 (UnitedVoice.com) – The possibility of a war between Ukraine and Russia seems more and more likely with each passing day. President Joe Biden’s administration is reportedly preparing for that instance.

According to a New York Times report, US spy planes are allegedly scouting the border between the two countries, looking to see if Russian President Vladimir Putin is sending nuclear weapons to the area. The Times reported Putin has indicated he might use the weapons if he ever goes to war with his neighbor.

On Sunday, January 23, Secretary of State Antony Blinken told CBS’ “Face the Nation” that the US and NATO are looking into ways to increase defense capabilities just in case Russia invades Ukraine. The comments mirrored ones Biden made days before. The president said NATO troops in Romania and Poland would be increased.

A day after Blinken’s remarks, reports indicated the US was possibly going to send thousands of troops to several countries in Eastern Europe. The president has said he doesn’t plan to send troops directly to Ukraine. According to the Times, though, Biden might send aircraft and warships to the region.

While the possibility of US troop deployments ramp up, Americans are making their voices heard. A Trafalgar Group/Convention of States Action poll found the majority of voters don’t support getting involved in a war between Russia and Ukraine. Less than one in six voters believed the US should have boots on the ground.

Do you believe Ukraine and Russia are headed to war? If so, do you support US involvement?