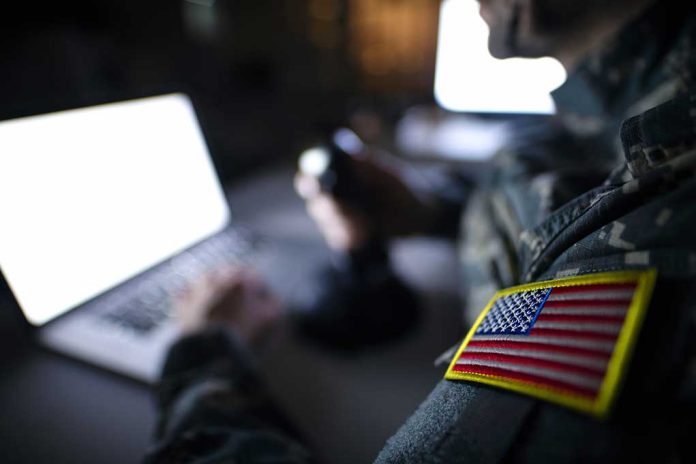 (UnitedVoice.com) – On February 24, Russian President Vladimir Putin invaded Ukraine in what’s become the bloodiest conflict in Europe since World War II. When people think about wars, images of tanks, bombs, and military aircraft often come to mind. As contemporary Americans are learning, there’s much more to it.

Espionage has always been a part of peacetime and wartime operations. The more a country knows about its enemy, the better it can protect itself and create offensive military campaigns. Yet, what the United States has done since December is relatively new in warfare. The US government classified information about troop movements, military intentions, and weapons systems in the old days. In December, the Biden administration took a calculated risk to declassify information customarily seen only by analysts and government officials to get a public affairs upper hand on the Ukrainian invasion.

The Public Information War Is a New Military Strategy

In December, the White House began detailing highly classified maps to the public about the Russian military buildup along its border with Ukraine. While the tactic didn’t stop the invasion, officials said it might have delayed Putin’s decision to invade and given Ukrainian President Volodymyr Zelenskyy and his government more time to prepare his military and country.

There were also other benefits to going public. By getting ahead of Russia, Western countries openly coordinated, prepared their citizens, and were ready to take action as soon as Russia invaded. Since then, the information war has continued.

The US warned Moscow would stage a false flag operation to justify the invasion. Officials said Russia was preparing to use chemical weapons. In a bit of gossipy but effective information sharing, the Biden administration said there was discord between Putin, government officials, and the Russian military. Recently, the Biden administration shared Russia’s plans to withdraw from Kyiv and suggested Russia’s military had failed to meet any of its short-term objectives.

Officials say the administration designed the strategy to pre-empt and disrupt Moscow’s military tactics, undermine the Kremlin’s propaganda, and prohibit Russia from defining the war.

The declassification of intelligence could pose numerous risks to the United States. First, the administration must walk a fine line between announcing intelligence information and painting it as overly alarmist. Perhaps the bigger danger is that US intelligence could get something severely wrong. If that happens, it could cause extreme damage to US credibility and open a door for Moscow to push back.

Still, officials say the intelligence doesn’t need to be foolproof. The Biden administration has calculated the risks of getting ahead of potential situations before they happen versus remaining silent and watching something terrible unfold.

It’s the first time an administration has released information before an event instead of after. Could this be a new way the US uses its intelligence gathering?

We’ll find out together over the coming days, weeks, months, and years.