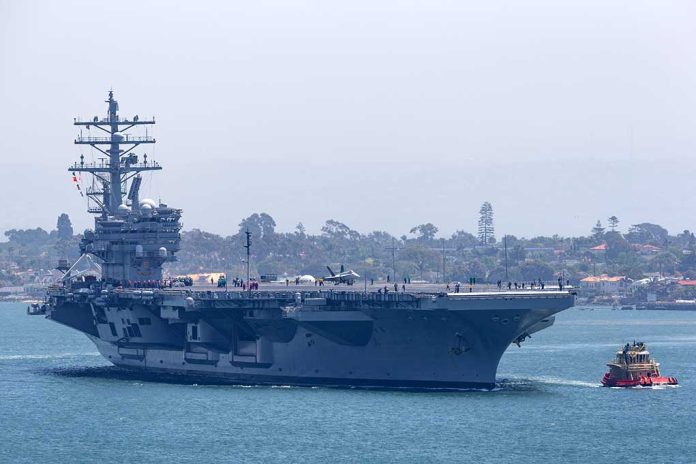 (UnitedVoice.com) – The US Air Force is facing a manpower crisis this week, after it emerged that thousands of personnel have refused to get the COVID-19 vaccine. USAF brass seem to have backed themselves into a corner – if they unleash the punishments they’ve threatened, it could badly damage the force’s combat effectiveness.

The US military has a deadline of November 2 for its personnel to either get vaccinated or receive an exemption on medical or religious grounds. Top commanders have warned that anyone who doesn’t comply by then faces disciplinary action, up to being dismissed from the service. However, on October 28, it was revealed that 12,000 USAF members still aren’t compliant — 3% of the force.

Up to 12K Air Force Personnel Have Refused Vaccine Orders https://t.co/Cm0olNMO6g via @newsmax

Now commanders have a tough choice. An unknown, but probably large, percentage of those 12,000 – the Air Force won’t disclose how many – are simply ignoring the order to get vaccinated. If the USAF does nothing, it’ll corrode military discipline. But if the Air Force moves forward with disciplinary action, the loss of thousands of personnel could leave high-readiness units unable to deploy.

Katherine Kuzminski, an analyst at the Center for a New American Security, says if key positions like pilots or aircraft technicians are over-represented among vaccine refusers the USAF could face “significant challenges” in staying mission-capable. Will the Biden administration prioritize vaccine mandates above national security?