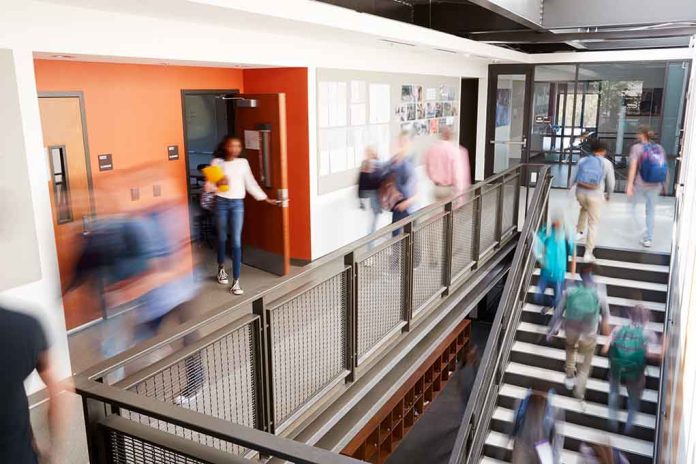 (UnitedVoice.com) – On November 30, 15-year-old Ethan Crumbley walked into his Michigan high school’s bathroom, pulled a gun out of his backpack, and shot a fellow student in the head. For several minutes after the initial murder, he killed three other students and injured seven other people. Now, the parents of two of the survivors have filed lawsuits against Oxford High School.

On Thursday, December 9, Attorney Geoffrey Fieger announced he’d filed two lawsuits in federal court. The suits were filed on behalf of parents Jeffrey and Brandi Franz for their daughters Riley (17) and Bella (14). Riley was shot in the neck on the day of the shooting while her sister sat next to her.

The lawsuit names Oxford High School Principal Steven Wolf, two counselors, two teachers, a school staffer, the Oxford Community School District and Superintendent Timothy Throne. It alleges the school didn’t do enough to stop the attack which left both mental and physical injuries on the victims. Further, it claims the superintendent and principal could have prevented an attack had they taken social media posts and other signs seriously.

The family of a student who was shot during the Oxford High School shooting last week filed a lawsuit against the school district, officials and employees that argues they "willfully misrepresented the dangers" of a potential shooting and acted recklessly. https://t.co/2YUuzveUse

The lawsuit was filed a week after learning the school failed to force Crumbley’s parents to take him home the morning of the shooting, despite a drawing he made that depicted a violent school shooting. Experts believe the lawsuits face an uphill battle because it will be hard to prove liability.

Crumbley is currently in jail on both terrorism, murder and attempted murder charges. His parents, James and Jennifer Crumbley, are facing involuntary manslaughter charges.