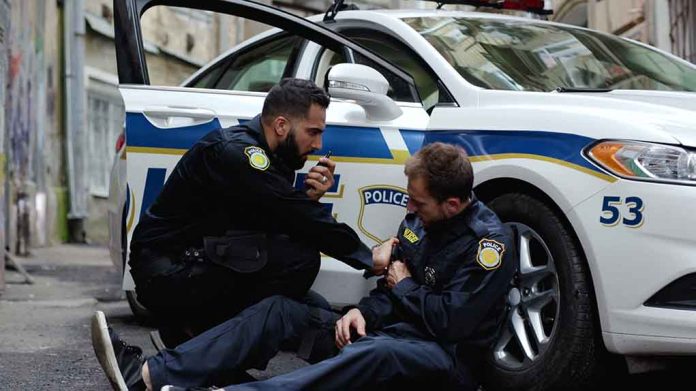 (UnitedVoice.com) – Police have faced an unprecedented level of hate and violence over the last several years, and the number of officers killed in the line of duty is on the rise. That is worrying the head of the FBI.

On April 24, CBS aired an interview with FBI Director Christopher Wray on “60 Minutes.” He addressed the increased violence against police, saying murders rose 59% in 2021. That figure is significantly higher than the number of total homicides which increased 29%. The director said the violence against law enforcement is one of the biggest issues in the country but he doesn’t think it gets enough attention. He pointed out that a police officer is murdered at a rate of one every five days.

Violent crime is up in the U.S., and in 2021, there was a 59% increase in murders of police officers. FBI Director Wray says “an alarming percentage” of the officers killed were killed in ambushes. “Wearing the badge shouldn’t make you a target.” https://t.co/G4EN7x0d1g pic.twitter.com/1hnzWvBuBP

Earlier this month, the National Fraternal Order of Police reported 101 law enforcement officers were shot in the first quarter of 2022, a 43% increase over last year. The violence against law enforcement comes amid a two year push by far-left figures like the Rep. Ilhan Omar (D-MN) to defund the police and an increase in violence across the country.

As to who is part and parcel of this rise in violent crime, Wray went on to say, “We’re seeing more and more juveniles committing violent crime, and that’s certainly an issue.”