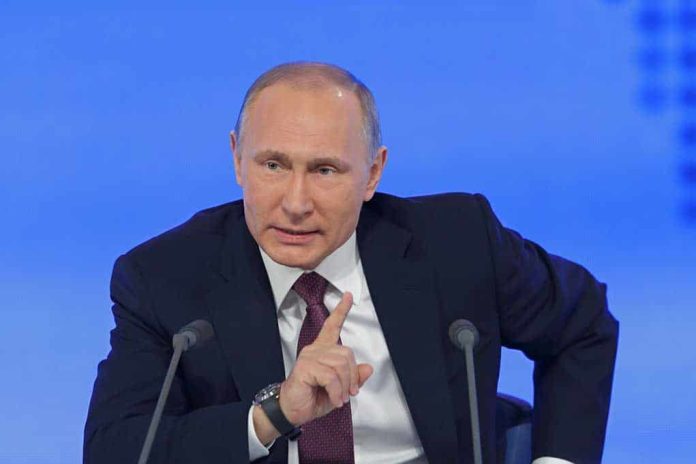 (UnitedVoice.com) – During the first year of the COVID-19 pandemic, the cost of oil dropped below $0 per barrel. As countries started opening back up and people started traveling again, increased demand coupled with OPEC’s decision to keep production low drove up prices. Russian President Vladimir Putin believes the price will increase even more.

On Wednesday, October 13, Putin spoke to CNBC’s Hadley Gamble at an event in Moscow and discussed oil prices. He said that he believes they could continue to soar, possibly reaching $100 per barrel as demand continues to grow while production remains tight. He told the reporter that his country and others are doing what they can to stabilize prices.

It is “quite possible” that the WTI Crude oil prices reach $100 per barrel in light of growing global demand for energy commodities, Russian President Vladimir Putin said on a CNBC panel at the Russian Energy Week on Wednesday.https://t.co/EiHywXBhKE

“We are trying not to allow any shock peaks in prices,” the Russian president said. He claimed it wasn’t in his interest.

Russia is one of the world’s leading oil producers. An increase in demand and price are actually good for his economy as it increases the amount of money flowing through the country. Earlier this month, OPEC+ (OPEC plus nonmember nations) decided it wouldn’t increase production, despite demands from other countries, like the US, to do so.

What that means is Americans will likely continue to see rising gas prices at the pump until the market stabilizes and OPEC increases production.