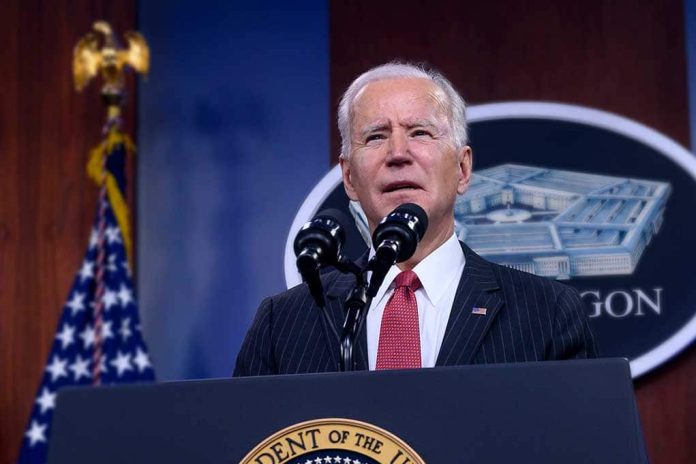 (UnitedVoice.com) – If President Joe Biden gets his way, the federal government will shatter spending records. In January, he signed into law the massive $1.9 trillion American Rescue Plan. That’s not all. He’s championing a $1.2 trillion traditional bipartisan infrastructure proposal and a separate $1.8 trillion “human infrastructure” partisan plan that could go much higher.

How is America going to pay for all of this extraordinary spending? The national debt is nearing $30 trillion and growing rapidly. One of Biden’s solutions is to increase the corporate tax rate from 21% to 28%. It seems he might have learned something from his former boss, President Barack Obama, after all. Of course, corporations under Obama left the country for lower taxes at staggering rates.

Biden’s solution to stop the exodus and retain taxes is to convince countries with lower tax rates to raise theirs in unison to create a balanced tax environment that doesn’t benefit corporations. Some countries appear not to be on board, and that could thwart the deal.

Compared to several nations, the United States is not a tax-competitive country for business. For example, Ireland’s corporate tax rate is only 12.5%. Hungary is even lower at 9%. Corporations often reduce their tax liability by moving profits and revenues to lower-taxed countries. According to the Treasury Department, it costs the US tens of billions of dollars in tax revenues each year.

In 2017, Donald Trump signed into law a new corporate tax rate reducing the rate from 38.9% to 21%. The result was a hiring spree, higher wages, and a robust economy until COVID-19 hit America in March 2020. Biden would like to give the appearance that he’s not raising taxes on the middle class to pay for his outrageous spending proposals. To maintain the narrative, he needs to raise the corporate tax rate to pre-Trump rates.

Here’s the rub. Biden and his economic team know it won’t work unless lower-tax countries raise their taxes as well. Hence, the minimum global tax. Its purpose is to kill tax havens that allow multinational companies to shield their profits from taxation.

Is the Deal Dying on the Vine?

The problem for Biden is that Ireland and Hungary are staunchly opposed to raising their corporate tax rate to 15%. They argue it’s too high. To pass a corporate tax hike, all European countries must agree, or it won’t happen.

It’s early in the process, and anything might happen. The European Commission would like to finalize a plan by October. If Ireland and Hungary hold out, it could devastate Biden’s prospects and weaken his resolve to propose an increase to the US corporate tax rate.