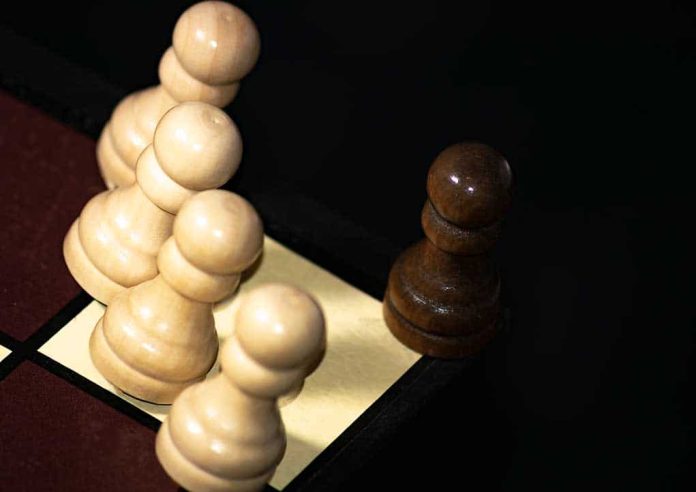 (UnitedVoice.com) – Democrats make a big deal about inclusiveness and diversity. They often say the Republican Party doesn’t care about that. It seems they haven’t looked into the mirror lately.

On January 26, Politico published a report about the occupants of the West Wing offices in the White House. Apparently, the cast of characters isn’t as diverse as the Democratic Party wants everyone to think. All but 4 of the 22 people on the first and second floors of the West Wing are white men and women.

The report came the same day Senator Tammy Duckworth (D-IL) said she was disappointed Biden hadn’t appointed any Asian-Americans to positions in his cabinet.

.@SenDuckworth says she's "profoundly disappointed" Pres. Biden did not appoint an Asian American or Pacific Islander as a Cabinet secretary: "It sends two messages. One, that you're not important to us, you're not diverse enough…The other is that you can be taken for granted" pic.twitter.com/Rd7N49Z4C0

It’s starting to look like Biden was just paying lip-service to people when he promised diversity. It doesn’t seem he had any intention of following through but his voters bought it hook, line, and sinker anyway. Will they stand up now and do something about it?