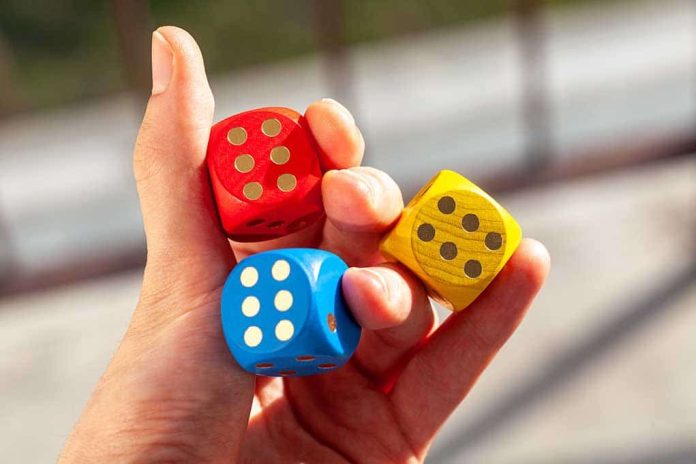 (UnitedVoice.com) – Whenever Democrats gain too much power they are like a bull in a china shop — they’ll destroy anything and everything to achieve their goals. While many may be convinced that climate change is about saving the planet, it’s not. It’s about power, greed, and societal transformation into the Left’s image.

In 2009 and 2010, the Democrats controlled Congress and the White House with numbers much higher than today. As usual, they tried to do too much, too quickly. They passed Obamacare using reconciliation to pass it on a party-line vote. Not a single Republican voted for the bill. Democrats again muscled a financial reform bill through Congress to prevent big banks from getting bigger. It failed miserably. In the end, Democrats squandered their chances at climate change that they alleged would destroy the planet within a decade. Now, they’re coming back to climate change. What are the chances it will pass this time around?

In the iconic movie Groundhog Day, Bill Murray’s character wakes up to relive the same day over and over again. Americans may feel like that as Democrats repeatedly try to muscle through their agenda despite GOP and voter resistance.

This time, the notable exception is that Democrats have significantly smaller numbers in Congress and a more challenging process to pass legislation. Consider this, it’s over halfway through 2021, and the only major piece of their agenda they’ve passed thus far is the American Rescue Package (aka COVID-19 relief).

The Democrats are struggling to pass their far-left climate change agenda partly due to its enormity. Massive bills take a lot of time to negotiate, write, negotiate, revise and pass. Even then, there are no guarantees.

What Are the Chances the Extreme Climate Change Legislation Passes?

Let’s get into the odds of whether it’ll pass or not. First, the Democratic Party is divided. The two political parties split in the Senate evenly, and the House only has a razor-thin Democratic majority. The far-left wants to use the “human infrastructure” reconciliation proposal to embed climate change in the legislation. Radicals are demanding a $6 trillion infrastructure passage as a “down payment.”

However, moderate Democratic Sen. Joe Manchin (D-WV) isn’t buying it. He put his foot down at $2 trillion. Amazingly, we’re talking about trillions of dollars in spending as if it’s nothing. Regardless, the votes aren’t there in the Senate.

Second, the reconciliation process will strip much out of the bill to meet its requirements. It’s a budgetary tool, not a policy-setting one. Instead of focusing on controversial issues like cap and trade, the Democrats propose tax incentives, increased spending, and financial penalties. They want money for electric vehicles, building energy conservation programs, and producing clean electricity. In addition, some Democrats are proposing a ten-year extension for a clean-electricity program because of the reconciliation process. That would fall outside of the 10-year timeline that extremists claim will kill everyone on the planet.

Getting 50 votes in the Senate is not going to be easy for the Democrats. Already, the Left is hollering that there isn’t enough in the plan. Unfortunately for them, that won’t meet the rules of reconciliation. Some on the Left say that they won’t vote for the bill if they don’t get their extreme agenda met.

The Left Is Refusing to Cooperate

The Progressive Left is rallying around a new slogan: “No climate, no deal.”

Democrats know this is their chance. Time is running out on them. Their internal polls must be suggesting trouble is on the horizon. It’s obvious because they are protesting too much that their plan isn’t getting through Congress.

The chances of a “human infrastructure” bill passing with extreme climate change policies are slim to none. The cost is too high, the reconciliation process forces it to be too narrow and the votes are not there in an evenly divided Congress.

It’s that simple. All the talking or screaming in the world won’t change those realities.