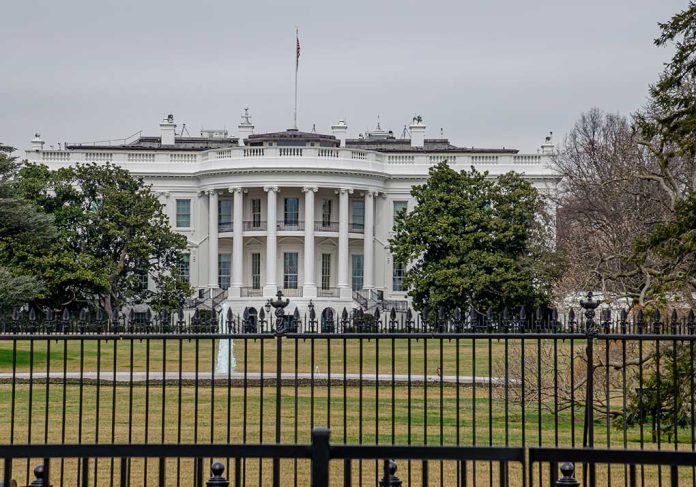 (UnitedVoice.com) – The Biden White House isn’t the first to mire itself in secrecy, but it may be the most hypocritical in doing so. During the 2020 presidential election, then-Democratic candidate Joe Biden pledged his administration would be open and transparent with the press. In reality, it’s been anything but. On Biden’s first day in office, new White House Press Secretary Jen Psaki vowed to the White House press corps that she would bring “trust and transparency back to the briefing room.”

It’s a question that even the mainstream media wants to know. On June 30, Politico posted a bombshell report about the treatment of Vice President Kamala Harris’ staff. Staff members spoke anonymously about the abusive work environment and claimed it went all the way to the vice president. On Friday, July 2, Psaki was asked about the story. Needless to say, her answer was anything but transparent. It’s even worse than that — the media is starting to turn on the press secretary, or at least give that public impression. The lack of transparency, openness and access to the president and vice president make some wonder what the White House is hiding.

During the Trump years, no one needed to guess the former president’s views, thoughts, or opinions while in the White House. He was his own spokesman and never missed an opportunity to meet with the press. The Biden White House takes the opposite stance. Their idea of transparency is bringing back daily press briefings that weren’t really needed when Trump was in office. Daily press briefings are not the same thing as transparency.

Psaki’s answer to the question about the unhappiness of Kamala Harris’ staff was striking. She stated that she doesn’t “speak to or engage on anonymous reports or anonymous sources.”

What about when she’s the anonymous source?

Even the New York Times chief White House correspondent got in on the action. Peter Baker questioned why Psaki was conducting anything “anonymously.”

Point taken. And this is true with every White House. But with all respect, why should "providing details on a policy announcement" be done anonymously in a transparent and open democratic society?

Ironically, Psaki didn’t respond to that one.

Since inauguration day, the president has rarely been accessible to the media, and when he conducts a press conference, he rarely takes questions. Psaki isn’t much better. She is excellent at deflecting and answering questions with non-answers. To find out she’s conducting anonymous briefings and handpicking who gets information and who doesn’t is disturbing. It gives a perception of corruption even if none exists.

Is the White House cozying up to reporters and trying to earn their favor?

Are they hoping to cash in one day on relationships with reporters who can put out a false narrative to control the news?

Is the Biden administration hiding something?

Many things could be going on, and none of them appear on the up-and-up. That’s bad for the administration, the media, and especially the American people who rely on the press to hold bad actors in government accountable.

Unfortunately, many media outlets today are nothing less than lackeys for the Democratic Party. It’s a sad state of affairs.