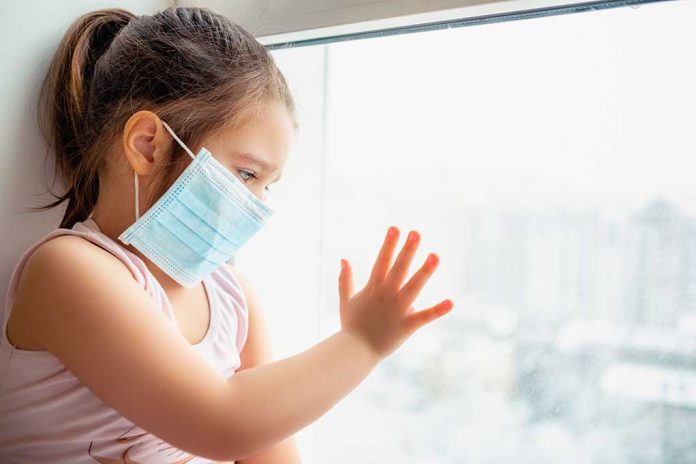 (UnitedVoice.com) – In deep Democratic strongholds such as New York and the entire west coast, mask mandates are back. On Monday, December 13, California Democratic Gov. Gavin Newsom was the latest governor to reinstate the COVID rule in addition to forcing citizens to prove they are negative for COVID-19 before attending a sporting event, concert, or entering other venues. In some areas, public health officials are warning of alarming rates of the Omicron variant spreading as people gather together for the holidays.

Are they overreacting? According to one Democratic governor, the Left may absolutely be overreaching. Colorado Gov. Jared Polis (D) did the unthinkable to some Democratic leaders and public health officials, such as Dr. Anthony Fauci. He declared the COVID-19 pandemic was over in his state and said enough was enough. He dropped all mitigation orders and said the unvaccinated are on their own.

For over six months, many Republicans argued ongoing restrictions were unnecessary to protect the vaccinated from the unvaccinated. Polis appears to agree with that assessment. As Omicron spreads in his state, the Democratic governor argued if people choose to remain unvaccinated at this point, it’s on them if they get sick.

Polis recognized the vaccinated could get sick from COVID. However, he noted of the 1,400 people hospitalized around the state with COVID-19, less than 200 (16%) are vaccinated. He said 84% were unvaccinated. They had a choice, made it, and now they live with it. That’s the governor’s attitude.

Then, he declared the emergency in Colorado was over as he said something very conservative: Polis emphatically stated public health officials don’t get to tell people what to wear. If they could, they would have Americans masked up forever to protect them from the flu or other airborne illnesses. He added that public health officials couldn’t make people wear a coat when it’s cold outside or gloves to prevent frostbite. The governor said he respected people’s right not to vaccinate but added they must also accept their risk when making that decision.

That viewpoint is at extreme odds with far-left Democrats in California, Oregon, Washington, and New York.

People Are Tired of COVID

It’s almost been two years, and people are ready to move on from COVID-19. According to polls, the issue is fading as a voter priority, and political candidates are shifting their focus from the pandemic to other issues. In the November elections in New Jersey and Virginia, it held no sway whatsoever.

However, the fallout could be dire for many Democrats around the country who ran on COVID in 2020 and managed the party’s harsh draconian response to the disease. It was a leading issue that could leave Democrats far behind in the 2022 midterm elections and beyond.

Gov. Polis appears to have gotten the message. As Democratic governors continue to crush their citizens’ desires for a return to normal, some of their citizens are moving to states such as Texas and Florida, among others, where the issue is virtually non-existent.

The message is clear. If you want to live in fear, live in Democratic strongholds. If you want to move on with your life and accept that everything comes with risk, then free states like Florida — and now Colorado — are open.