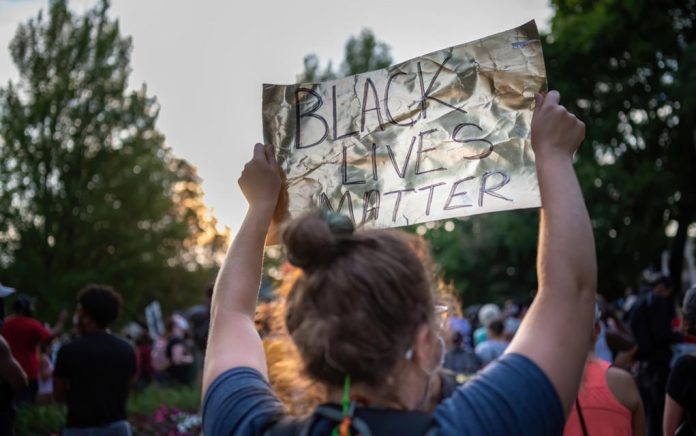 (UnitedVoice.com) – Black Lives Matter (BLM) activists are getting more aggressive in their efforts to convert new followers. The catch is that it’s not black people participating in mob-style activities in communities like Washington, DC. It’s young whites accusing people of white privilege and demanding they join their cause or face verbal retribution.

A Washington Post reporter caught one mob of approximately 150 people going from restaurant to restaurant harassing outdoor diners. In one instance, they surrounded a woman and attempted to coerce and force her to raise her fist as a sign of support for the movement. When the women wouldn’t, they crowded her table and verbally assaulted her for several minutes. They repeatedly chanted, “No justice, no peace!” However, the woman wouldn’t back down. She later told The Post she’s a supporter of the movement, but raising her fist at that moment didn’t seem right.

On Twitter, many people expressed displeasure with the actions of the woke mob. Several accused the activists of undermining the message of BLM. Others said it could push people away.

In either case, people should be able to feel safe on the streets of America.