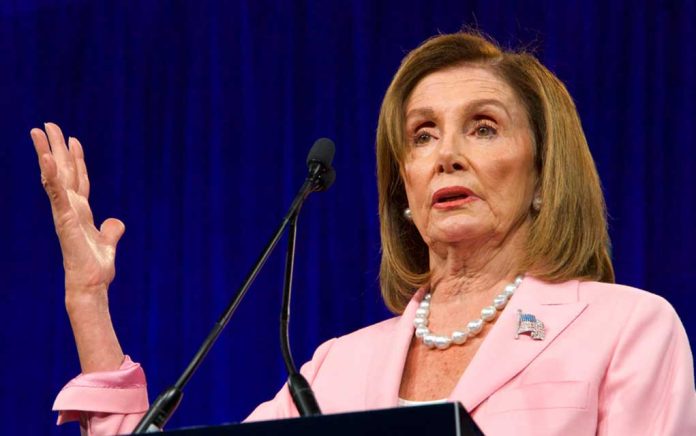 (UnitedVoice.com) – Speaker Pelosi attracted the fire of the White House communications office on October 14, following a stunning outburst on Tuesday night. It looks like Pelosi will say anything to distract from her own increasingly wild behavior. Pelosi has been blocking the next coronavirus stimulus bill for months; now, she’s also trying to undermine the presidency itself – and she hates getting called out on it.

House Speaker Nancy Pelosi (D-CA) left audiences stunned Tuesday night, after an astonishing meltdown on CNN’s The Situation Room. Anchor Wolf Blitzer pressed Pelosi on why she’s blocking $1.8 trillion in coronavirus relief spending and he wasn’t put off by her evasions. After repeated attempts to talk over Blitzer, the increasingly excitable Speaker finally barked, “I don’t know why you’re always an apologist, and many of your colleagues, apologists for the Republican position.”

In a rant described by media analyst Curtis Houck as “totally unhinged,” Pelosi went on to berate the famously liberal Blitzer, insisting that she wants a stimulus package now – despite the fact she’s the only one blocking it. Continually talking about peripheral issues like childcare and remote learning, she refused to answer questions asking why she won’t approve the administration’s latest compromise funding bill. With many Democrats starting to peel off from her hardline position, Pelosi is becoming increasingly isolated, and she was visibly angry at Blitzer’s attempts to get answers from her regarding the long-overdue funding.

It’s fair to say Pelosi isn’t having a good year. On August 7, she accused PBS anchor Judy Woodruff – another liberal journalist who used to work for a Democrat congressman – of being an “advocate” for Republicans. On August 31 she broke San Francisco’s lockdown rules, ordering a salon to open to give her a haircut; the salon owner was forced to close up and move to Fresno after a vicious backlash from Pelosi supporters.

On Friday, October 9, Pelosi made what might be her most controversial move yet when she introduced a House bill that would create a congressional commission with the power to remove the president from office without an impeachment trial. Widely thought to be aimed at either preventing a Trump second term by removing the president or clearing the way for Kamala Harris by removing Joe Biden, the bill has caused widespread alarm.

Pelosi claims President Trump’s behavior prompted her introduction of the radical new bill. For anyone who’s been following the news, however, the dangerously loose cannon in the US government seems to be Nancy Pelosi herself.