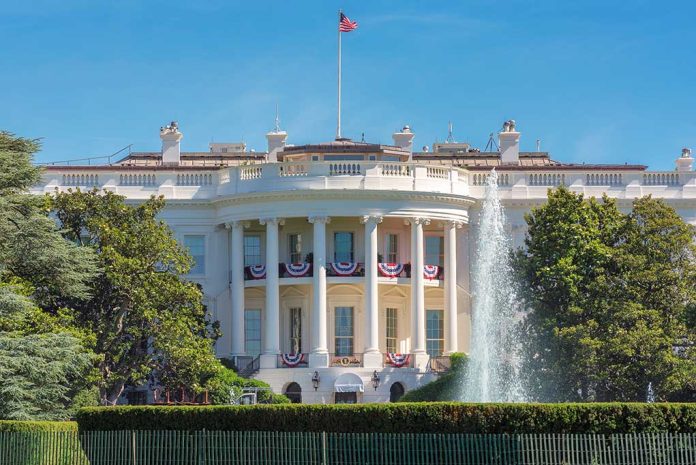 (UnitedVoice.com) – Great leaders throughout history knew they weren’t perfect. Admitting when something is going wrong and correcting failures is a sign of maturity. It seems the Biden White House isn’t interested in reversing course when things aren’t working in their favor. Instead, it’s interested in self-flattery.

On Wednesday, July 21, the White House posted six photos on Instagram, which it considered accomplishments in Biden’s first six months of office. Needless to say, the post isn’t impressive regardless of its self-congratulatory admission of failure. That’s right, failure. How hard is it to be sworn into office? Is it really difficult to celebrate vaccines the previous administration is responsible for speeding to the public? The administration has taken credit for virtually everything positive Donald Trump did in his last few months in office. Strikingly, it’s not just what the White House posted. It’s also what it didn’t post that’s telling.

What Is the Biden Record to Date?

It’s impossible to find one positive thing the Biden administration has done to date that is positive. Not even the White House could post one. Perhaps the most consequential thing on their list was the American Rescue Act. However, even that’s debatable. Unfortunately, the partisan COVID-19 relief bill, passed through reconciliation, was low on relief and high on left-wing social justice issues. It injected trillions of dollars of new government spending and contributed to skyrocketing inflation that served as a de facto tax on the lower and middle class.

Since Biden took office on January 20, illegal immigration has exploded. There are so many people flooding across, Border Patrol facilities can’t handle them all. They are using a military base in Del Rio, Texas, to process and fly illegal immigrants all over the interior of the United States. So far this year, the Border Patrol has arrested more than 1 million illegal immigrants on the southern border. It’s an astounding number. Worse still, while people are openly allowed across the border without consequence, the Biden administration prohibits people fleeing from communist Cuba from entering the United States. Isn’t that interesting?

Inflation is not mentioned, either. Since Biden took office and injected trillions of dollars into an economy ready to burst open in the wake of COVID-19 shutdowns, inflation has skyrocketed. The administration claims it’s short-lived, but Biden recently struggled to justify his actions. However, others suggest inflation might have legs because the Federal Reserve continues to pump money into the economy in addition to the trillions Congress authorized. It was predictable, and many economists warned against government overspending. The warning was ignored and continues to be dismissed as Congress tries to pass trillions in new ‘human’ infrastructure spending.

And let’s not forget about energy independence. For the first time in decades, former President Donald Trump ensured America’s reliance on foreign energy was over. Just a few weeks into the Biden administration, that ended. Biden revoked the Keystone XL pipeline permit, signed executive orders that stripped America of its energy independence, and gave the green light to Russia to build oil pipelines to Europe. If that’s not a contradiction, what is?

Last but not least, Biden couldn’t even meet his goal of vaccinating 70% of the country by July 4th. According to the CDC, only about 56% of the population had received at least one dose as of July 21. Biden’s answer isn’t to respect individual choice. Instead, he’s sending door knockers with pamphlets in hand to educate those not yet vaccinated.

What Biden’s White House really exposed is the failure of the administration. By putting out such a measly Instagram post, they all but admitted he’s a failure six months into office.

They must be very proud of themselves.