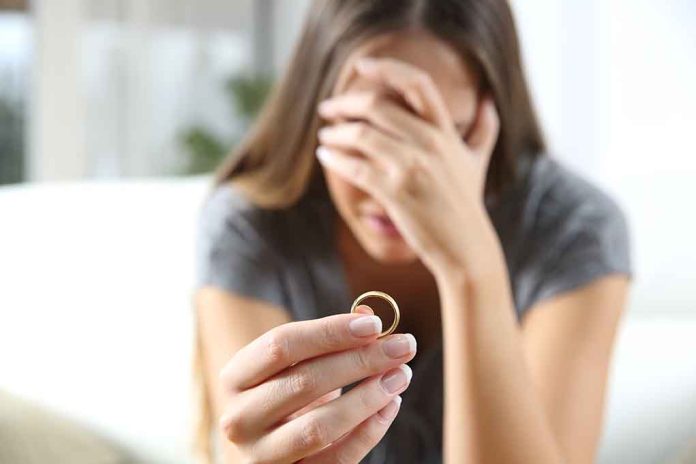 (UnitedVoice.com) – Getting a cancer diagnosis is a terrifying event. For many couples, it leads to more questions than answers. In 2019, The CDC said there were over 1.75 million new cancer cases, and nearly 600,000 died from the disease. Aside from asking about life expectancy and care during this challenging time, there are also financial considerations.

Sometimes, the medical system forces people to go to extremes to afford medical care. In some instances, people even mortgage their homes. Other times, they don’t earn enough money to pay for the hefty deductions, don’t have health insurance, or make just enough money as a married couple that they can’t afford the bill but don’t qualify for Medicare or Medicaid. Medical bills are the top reasons for bankruptcy. It’s also why many couples consider medical divorce to protect their assets.

Medical Divorce Is a Hard and Painful Decision for Many

On Wednesday, July 20, Newsweek reported a story about a couple experiencing a difficult time. A year ago, doctors diagnosed a young husband with cancer. Due to the high cost and inability to work and the medical bills quickly piling up, the couple, currently in their early 30s, is quickly heading toward bankruptcy. A lawyer intricately familiar with stories like theirs said the best option they may have in their situation is to divorce. That would protect her finances and assets if her husband passed away.

In some states, Medical debt acquired during a marriage is considered marital debt and the responsibility of a surviving spouse. For a couple of any age, the pragmatic decision to divorce over financial reasons can evoke numerous emotions, including the feeling that the supporting spouse is letting their loved one down or even betraying them.

Still, due to the lack of income on the part of the person struggling with cancer, they may qualify for Medicaid. While that lowers the financial burden, it also protects assets for the former spouse. Still, the earlier the decision to divorce is made in these circumstances, the better. The medical debt accumulated during the marriage may still fall on the spouse for any amounts incurred before the divorce. Any documents signed by the healthy spouse assuming responsibility for the medical expenses also may not go away due to a divorce.

The law depends on the state in which you live. In some states, medical expenses incurred during and after marriage are individual and not marital debts. Knowing that information can make all the difference in the world. It may be prudent to seek the advice of a knowledgeable attorney on these matters.

Despite couples’ feelings regarding a medical divorce, it doesn’t mean the love, relationship, and support between the two must end. Still, the practical decision to seek one may be the most complicated decision couples will ever make.