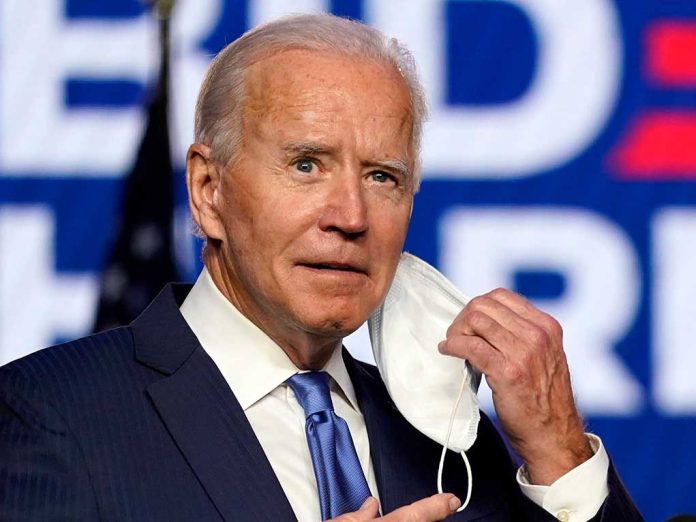 (UnitedVoice.com) – Americans are experiencing heavy COVID fatigue. In just a few weeks, it’ll be two years ago that former President Donald Trump ordered the federal government to close for two weeks. While he quickly re-opened it, Trump warned that the cure couldn’t be worse than the disease. While the worst of the pandemic is behind us, inflation is rocking America due to self-inflicted wounds created by Democratic-led state and local government pandemic decisions. There are even concerns that a severe recession could replace inflation later this year.

Americans are tired and ready to return to normalcy. Many believe the country has learned to live with COVID, and it appears that America’s top ally has come to that same decision. On Wednesday, January 19, United Kingdom Prime Minister Boris Johnson ruled that effective Monday, January 24, all COVID restrictions would end. That afternoon, President Joe Biden doubled down on his desire to obliterate the virus. On Thursday, the administration started singing a different tune. Is it possible that the Biden administration will ease restrictions soon?

Effective Monday, the UK is terminating all COVID rules. The government will no longer require masks, people to work at home, and life as citizens knew it before the pandemic can return to normal. Yet, in the United States, some municipalities are going in the opposite direction, and CDC guidelines remain the same. In major Democratic-led cities such as New York, one can’t even dine indoors, go to a movie, or work out unless they show proof of vaccination. Last week, Washington, DC, joined New York City in these policies.

Some are asking why.

On Thursday, White House Press Secretary Jen Psaki spoke with America’s Newsroom on Fox News. Host Dana Perino noted that the US is about six weeks behind the UK in responding to the Delta and Omicron variants. She pointedly asked Psaki if the US is six weeks away from revising its COVID rules as they did in Great Britain, and would the US offer an off-ramp for the unvaccinated who feel like scapegoats and second-class citizens?

At first, Psaki offered a winding journey as she tried to collect her thoughts to answer the question. Ultimately, the press secretary got around to her point. She said the US was 75% fully vaccinated, and offered a personally reassuring message that people who didn’t vote for her boss were getting vaccinated. How is that relevant to the question?

Then the press secretary finally said what everyone wanted to hear. She said that no one wants to live like this. It was a surprising moment of admission. Translation — people are tired of the pandemic, government rules, wearing masks, dealing with school closures, and being divided unnecessarily between the vaccinated and unvaccinated.

Psaki said the country and the government are ready to get to a place where masks and twisting arms are no longer needed.

Unfortunately, Psaki said she couldn’t predict if or when the Biden administration would ease restrictions. Still, it was a glimmer of hope. If other nations began to follow the UK, the administration might feel the pressure to make a change. Then again, it may not. Paski said they are following the data closely.

So, was Psaki being genuine, or was she offering false hope to keep Americans on the hook for a while longer?

We simply won’t know until Biden, Dr. Fauci, or the CDC announce a change.

How’s that for a typical White House response?