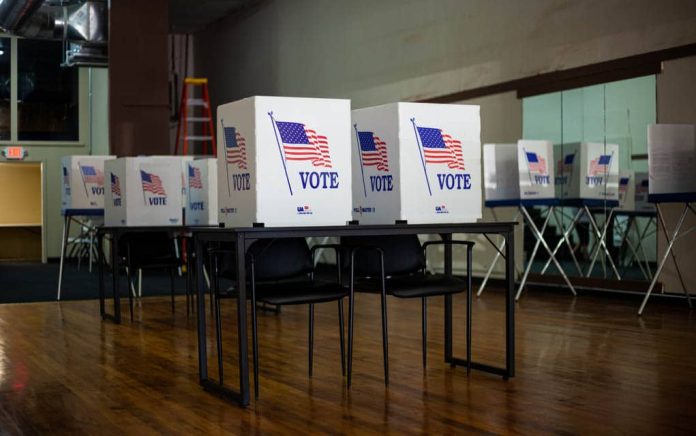 (UnitedVoice.com) – It’s been six months since Democrats went off the deep end and opened a new assault against GOP-led common-sense election reforms. Georgia, Texas, and Arizona led the way last spring in passing election laws to make cheating more difficult and casting a ballot easier. In response, congressional Democrats introduced extreme legislation that would have the opposite effect of GOP reforms. Three separate times they failed to overcome a Republican filibuster.

On Wednesday, October 20, Senate Democrats put the supposed Freedom to Vote Act on the floor for debate. Republicans voted unanimously to block the proposal. Senate rules require 60 votes to begin debate on a bill. In an evenly divided Senate, 10 Republicans would need to break and vote with Democrats. In the wake of their third voting reform law failure this year, calls are growing from the Left to carve out an exception to the filibuster on this issue. However, any such move could cause serious problems moving forward.

Last spring, numerous GOP-led states passed laws that would make mail-in voting secure and ensure the integrity of elections in the wake of problems exposed in the 2020 general election. In response, the Democrats proposed HR 1. If passed, it would impose unconstitutional mandates on states, centralize Washington, DC’s election powers, and erode America’s trust in the electoral process.

A study by the Honest Elections Project demonstrated how the Democrat’s radical proposal would sow more chaos into elections, cause confusion, and drive more discord among Americans. Complicating matters, in April, President Joe Biden lied numerous times about Georgia’s election reform law. He called it racist, Jim Crow, and wrongly stated it suppressed voter rights, among other falsehoods.

In August 2020, former Department of Justice (DOJ) civil rights election lawyer J. Christian Adams told PJ Media that voter suppression is a “fantasy concept” fabricated by Democrats. He argued that labeling a voter reform law as voter suppression only serves to anger people and taint those who win an election.

On Wednesday, the Democrats attempted to pass a lighter version of HR 1 under the premise Republicans somehow threaten democracy by suppressing minority voters. Yet, the courts have continually ruled that isn’t the case. In July, the US Supreme Court ruled against Democratic activists who argued that very point. In August, the 11th Circuit Court of Appeals struck a blow to a challenge to Georgia’s election reform law.

Studies show and the courts affirm Democrats are wrong. Despite all the evidence and proof, why are Democrats pressing so hard to pass their form of voter reform? Could it be they believe it helps them politically? Is it possible the majority of the country doesn’t trust them, and they know it? If so, they would need to rig the rules in their favor to win an election.

What else could it be?

What Happens If the Democrats End the Filibuster?

The only way Democrats can enact their extreme voter rules on America is if they carve out an exception to the filibuster. So far, Sen. Joe Manchin (D-WV) is unrelenting and says he will not allow that to happen. Earlier this year, the West Virginia Senator argued if Democrats eliminated or modified the filibuster, it would come back to haunt them, and he’s right.

If Democrats take this path, anytime one of the two parties opposes a bill, the majority party can override the minority with a simple vote. In essence, every piece of legislation moving forward would be a partisan bill. That can only divide the country further, weaken the government’s credibility among the public and erode trust between citizens and its government.

The Senate created the filibuster for a good reason. If Democrats try to circumvent the current rules for political expediency, their decision will get turned on them in the future. America will suffer from a see-saw back and forth effect that would make government, business, and society unstable. It’s a recipe for disaster.

While many Democrats know this, they don’t care about the long-term consequences if it helps them politically in the short term. Ask yourself, why is voting reform so important to Democrats when the courts refute their claims and studies show their policies are destructive? Will their proposals create more voter integrity or less security?

Is it because their political future is in jeopardy as they continue to move further Left?

Questions have a way of revealing answers.