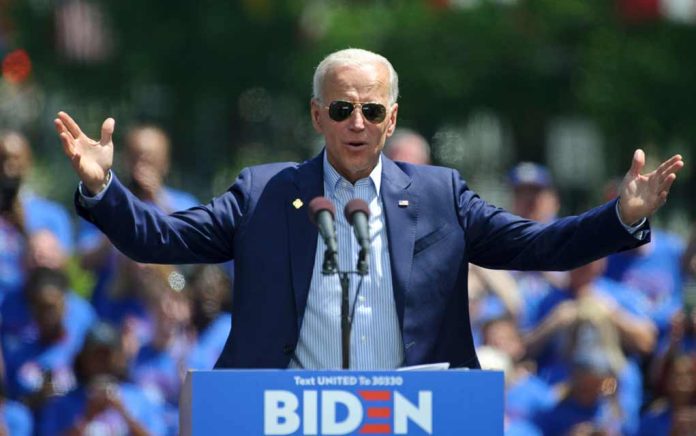 (UnitedVoice.com) – Who is the real Joe Biden?

Over four decades as a US Senator and Vice President of the United States, Biden has been referred to as many things. He’s been called smart, fun, and a foreign policy expert. He’s that guy that everyone likes who comes from a hardworking Catholic family in Scranton, PA. Which, by the way, lets the media automatically qualify him as a friend of the working people even though he hasn’t lived near any in over 50 years.

While all these are nice pleasantries, it doesn’t tell us who the real Joe Biden is.

His record, as both a person and a legislator, tells us a lot. Unfortunately, few in the media have bothered to dive into the person and the man during this campaign. If they had, he might not be the Democratic Party’s nominee for president. After all, he has run for president on two different occasions and lost the Democratic primaries badly before this year for good reason.

Biden is a masterful storyteller. Unfortunately, his stories are not always the truth. It’s not just that he exaggerates or forgets details. It’s a lifetime pattern.

Over the years, Biden has been caught plagiarizing and stealing other people’s messages and lying about facts surrounding his personal life. His repeated offenses demonstrate a lack of critical thinking skills, sloppiness, and laziness of thought.

While running for president in 1988, Biden regularly lied about his academic record. Then, he stole the best phrases from prominent Democrats of the 1960s and 1970s. How did the former senator not know he would get caught for his unoriginality? He plagiarized directly from Robert Kennedy twice. In one speech, Biden said, “each generation of Americans has been summoned.” And in another about business excess and gross national product not equating he said “the beauty of our poetry, the strength of our marriages, the intelligence of our public debate, the integrity of our public officials.”

The worst offense, in a 1988 Iowa debate, Biden used class warfare rhetoric stolen almost word-for-word from the life story of British Labour Party leader Neil Kinnock. The following video shows the two speeches back to back and the controversy his other lies perpetrated in creating the scandal:

Unfortunately, Biden didn’t learn his lesson. In the 2008 campaign for president, Biden claimed as an undergraduate student at the University of Delaware he was arrested for “accidentally” walking into a woman’s locker room. While running in 2012 as President Barack Obama’s running mate, Biden changed his story. He said he was “almost” arrested.

In March 2020, Biden was again forced to walk back untruths. He claimed he was arrested in apartheid-era South Africa in the 1980s. He was there to visit Nelson Mandela. He was never arrested. It seems odd that Biden has a weird infatuation with getting arrested.

Biden has struggled as a political candidate on the national scene. That’s what happens when a person running for office doesn’t have any original ideas. Democrats voted for Biden primarily because he was considered a moderate in a field of far-left candidates.

However, since Sen. Bernie Sanders (I-VT) dropped out of the race, Biden has worked with him to adopt much of his aggressive far-left platform and embrace it almost word-for-word as his own. At least this time he has permission. Biden recently said if elected president, he would be “the most progressive president” in US history.

It gets worse for Democrats. In recent weeks, Biden has tried to steal President Trump’s “America First” message. Yet, the policies behind Biden’s plan are opposite to Trump’s, and economists warn it could cause long-term damage to the economy if the proposals become law and policy. Biden is also adopting every other liberal platform that he advocated against in the campaign — namely free college, the bankruptcy system, and getting rid of the Senate filibuster.

Trump has called the former vice president out on his plagiarism and said Biden would become a “puppet for the Left.”

The only answer the Biden campaign can offer is that it’s more of the same attacks by his opponents. It could be an interesting campaign ahead for the former vice president when he comes out of the basement.

The question is — will voters care that Biden has no original ideas, thoughts, or policies to deal with the challenges America faces? Or, will someone else be running the government while Biden looks forward to retirement in 2024?