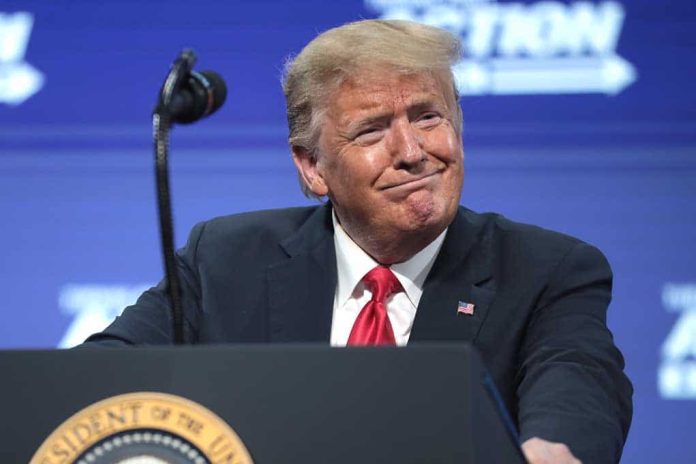 At this point, Biden doesn’t have much to show for his presidency as his two-track infrastructure deal hangs in the balance. The Left is growing disenchanted, and the odds of Democrats holding on to the House and Senate are looking less favorable with each passing day. Instead of focusing on moving America forward, Democratic activists are sounding the alarms of Biden’s struggles and suggesting the president should begin attacking Trump — as if that will solve all their woes.

Democrats don’t just dislike Trump. They don’t just hate the former president. They loathe him. Trump isn’t afraid, and that scares them even more. Left-wing activists claim Trump and his supporters are a challenge to America’s democracy. Yet, if you ask them how, they can’t enumerate objectionable policies. Instead, they generally say they don’t like how he talks, or they make repeated claims he’s an insurrectionist or authoritarian. Have any of them looked in the mirror lately?

The same policies Biden reinstituted were begun under former President Barack Obama and led to Trump’s 2016 election victory. Those policies are once again front and center. Identity politics in the form of Critical Race Theory are causing unrest among parents who want their children to learn English, history, civics, math, and science. Illegal immigration is out of control. A massive migrant caravan is making its way north through Mexico as thousands more want to join the over 1 million illegals who’ve entered the US since Biden took office on January 20.

The economy is in tatters as inflation spikes sky high, and vaccination mandates threaten to end work for millions of Americans. The US is in a terrible place on the international front after Biden’s botched withdrawal from Afghanistan. Poll after poll shows voters aren’t upset about just one issue. He’s not even in office a year, and his collective policies are failing America. That’s what’s concerning to voters.

Trump on the Rise

According to GOP Pollster John McLaughlin, Trump would defeat both Biden and Vice President Kamala Harris in a landslide if the election were held today. He argues 55% of the country is concerned about the future, 61% believe Biden is trying to force Congress to spend too much money, and Biden exposed he isn’t the Moderate he convinced America he was in 2020.

As the radical Left-wing of the Democratic party tries to seize control of the narrative, which is failing, they must do something to gain back the high ground. So, instead of convincing voters, they have the right policies, they want Biden to attack Trump. In simple terms, it’s a distraction. Democrats want to emotionally charge people instead of convincing them their policies are the right ones. Trump is all too happy to oblige them. In recent months he’s become more vocal, and ahead of the 2022 midterms, he’s holding rallies across the country to help Conservative candidates.

The problem for the Left is America had three years of a growing economy under the former president. Now, Democrats are squandering their chance to improve it after COVID due to massive government overspending, expansion of government, and a lessening quality of life as inflation and lack of products on the shelves impact Americans every day. The country remembers the Obama economy, and here we are again. Except for this time, it’s bound to be worse.

Left-wing activists are right to be concerned. However, instead of focusing on Trump, they should be focused on their own internal issues.

That would be too hard. The Democratic Party may not be fixable.