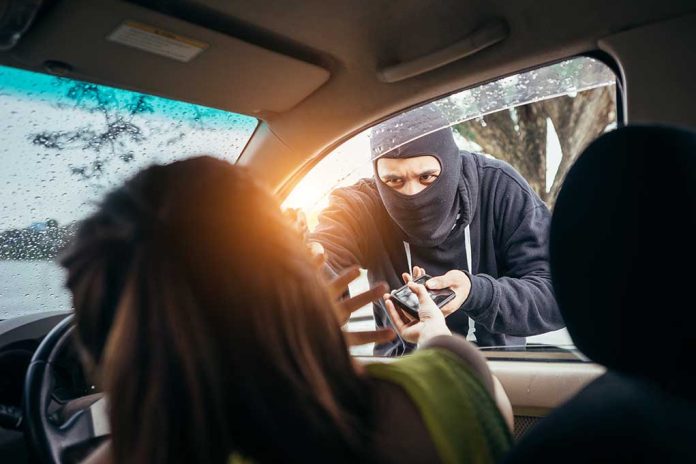 (UnitedVoice.com) – Authorities recently arrested a Tennessee woman after a carjacking spree. The 24-year-old allegedly stole three vehicles in just a few hours on Thursday, December 22. Horrifyingly, witnesses say she used her own child as a human shield during the crimes.

Police in Clarksville, Tennessee, allege that Bethany Wilson of Goodlettsville approached a woman filling her car with gas during the late afternoon hours on December 22, threatened her with a gun, and stole her Nissan Juke. About 35 minutes later, they say she stole a Mercedes-Benz at an intersection, firing at least one shot in the process.

Authorities said 24-year-old Bethany Wilson fired a gun and used her child as a shield during at least three separate carjackings in Middle Tennessee Thursday. https://t.co/2cqnliLyrS

Finally, police claim she stole a Ford F-150 and headed for I-24, where she crashed. Fleeing the scene with her child, she checked into a Days Inn just off the highway. Police received an anonymous tip regarding her location and arrested her at the motel around 11 pm that night. Authorities safely recovered her child.

The owner of the Mercedes — which authorities recovered as they did the first victim’s Nissan Juke after Wilson abandoned it — said Wilson fired at him during the carjacking, using her child as a human shield.

So far, authorities have no clue what launched her on her crime rampage. Police are holding her on suspicion of two counts of aggravated robbery, and other charges are likely to follow.