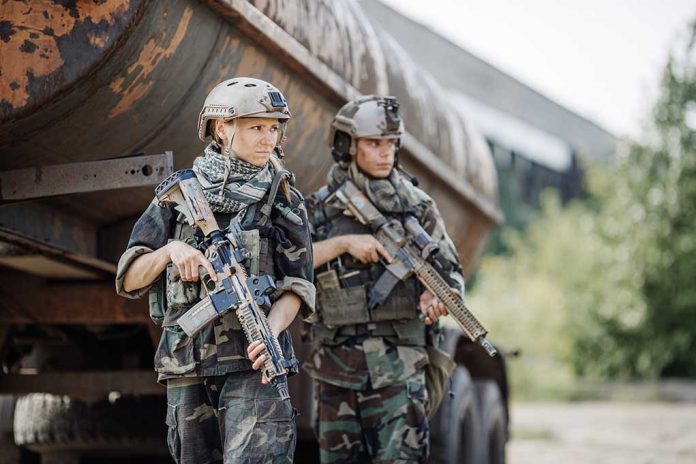 (UnitedVoice.com) – The world has changed a lot in the last couple of decades, and the diversity in militaries world-wide illustrates it. It used to be that when a country went to war, only the men picked up arms. Women stayed behind to keep the homefires burning. Yet, now, they are picking up guns and fighting right alongside the men.

Many Ukrainian women have decided they will do everything they can to protect their country from Russian President Vladimir Putin’s aggression. Since 2014, when Russia annexed Crimea, women have been an integral part of the Ukrainian military. In 2018, the country gave women equal rights, and since 2019, military schools have allowed women to attend to attain higher ranks. Ten percent of the Ukrainian Armed Forces are now females.

Some stereotypes persist, but gender roles have been evolving fast in Ukraine’s military, amid a conflict with Russia that has simmered since 2014. https://t.co/KWc3yo3Nxc

Nadia Babych is one of those women. She spoke to the Christian Science Monitor about her decision to join the military, saying, “We are here to protect our country, our families.” She joined the Armed Forces in 2017 and has reached the rank of junior sergeant. As Putin’s military invades Ukraine, the country will need all of the help they can get to try to keep Russia at bay.