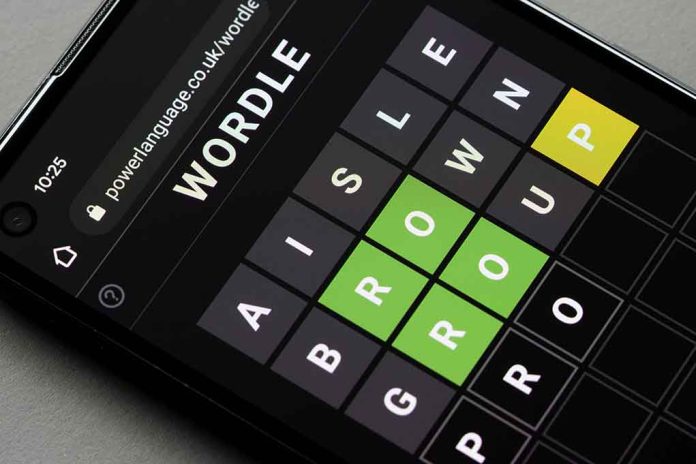 (UnitedVoice.com) – Wordle, a new online word game, has taken America by storm. Every day, people try to guess the daily word in six tries or less and brag to their friends about how smart they are. Now the game is being credited with saving a grandma’s life.

Every morning, an 80-year-old Chicago-area resident, Denyse Holt, plays Wordle and messages her daughter, who lives in Seattle, the answer. On February 6, Meredith Holt-Caldwell didn’t hear from her mom. She became uneasy when she noticed she hadn’t received the Wordle results that day, so she requested a welfare check. What happened next was an hours-long stand-off between a suspected home-invader, 32-year-old James H. Davis and Lincolnwood police.

“I didn’t send my older daughter a Wordle in the morning. And that was disconcerting to her." Via @cbschicago. pic.twitter.com/iPnH35msvJ

According to Holt, a naked Davis broke into her home on the night of February 5. He had scissors in his hand and got into bed with her. He later asked her to shower and bathe with her nightgown on while he watched. Davis was bloody from injuring himself on glass when he broke the window, he took two knives from her kitchen and trapped her in the basement bathroom for 17 hours.

Looks like Wordle is now more than a way to just pass the time.