To build on their trifecta of drugs, sex, and extortion, criminal organizations have turned to counterfeiting high end food. Even though you tend to find most of these criminal activities in other part of the world, that doesn’t mean it doesn’t exist in the U.S.

“People are at serious risk and in some cases dying because of the greed of criminals whose sole concern is to make money.”

Agents confiscated 31 tons of frozen seafood that had been sprayed with a mixture of citric acid, phosphate and hydrogen peroxide, which was then sold as being freshly caught in Italy; 35 tons of fake butter in Egypt; and dietary supplements sent by mail that were seized at Los Angeles International Airport for containing “illicit substances.”
In a statement released by the International Criminal Police Organization detailed a joint operation with Europol that confiscated 2,500 tons of counterfeit food and drink in December 2014 and January 2015. The police sting raided markets, ports of entry, and industrial estates, and, among the fake goods, investigators nabbed “mozzarella, strawberries, eggs, cooking oil and dried fruit,” along with seafood, liquor, beer, sugar, butter, and other foods whose veracity most consumers would never consider questioning.
Are restaurants really selling you fake food?

Read: Feds Cover-Up The Beef Industry’s Biggest Secret
Counterfeit booze: Almost 73,000 gallons (275,000 liters) of drinks were confiscated worldwide, of which counterfeit alcohol was the most popular. In the UK, police raided a plant with 20,000 empty bottles, set to be filled with fake, brand-name vodka, along with hundreds of empty five-liter antifreeze bottles used to make the swill liquor and “a reverse osmosis unit used to remove the chemical’s color and smell.”
Liquor stings also turned up 5,300 gallons (20,000 liters) of fake hooch and a mafia group producing fake whisky in Thailand; more fake whiskey in Uganda; and a shop selling locally brewed beer in re-used, genuine bottles to dupe customers into thinking they were drinking name-brand brews.
This doesn’t mean you need to live in fear that everything you buy at the grocer and liquor store might kill you. But it does mean nobody can say with 100% certainty that everything you buy is safe. 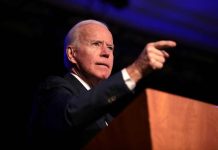 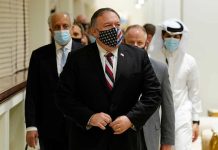