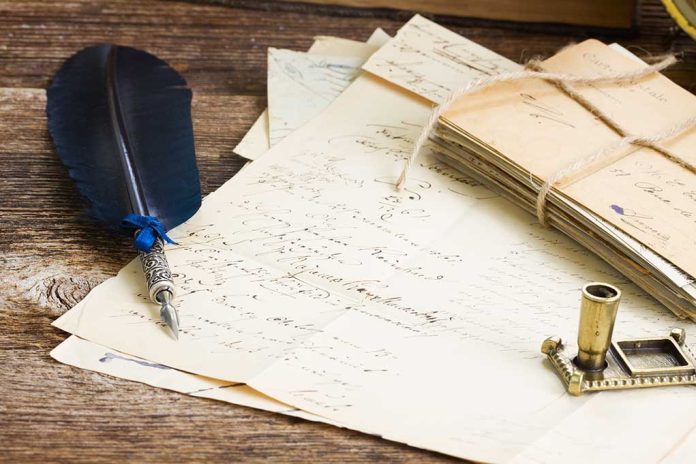 (UnitedVoice.com) – On December 6, 1945, Sergeant John A. Gonsalves spent his off-duty time writing a letter to his mother in Woburn, MA. The 22-year-old infantryman was serving with the US 2nd Armored Division in the central German town of Bad Orb, part of the Allied forces occupying the defeated Third Reich, and it was a long, miserable winter. Regular contact with home through the APO mail system was a vital boost to morale, so the Army worked hard to keep the mail service fast and reliable.

A letter sent by a U.S. soldier stationed in Germany at the end of WWII was delivered 76 years later. https://t.co/SU0WTt6J12

This time, something went wrong. Sgt Gonsalves posted his letter, but it never arrived. That wasn’t a disaster, though. He finished his tour of duty, went home, met and married Angelina “Jean” Galante and became an electrical engineer. After a 30-year career in fiber optics, including working on the TV feeds for the 1973 Super Bowl, he retired; he died at age 92 in September 2015.

Last month, his widow was facing another Christmas without her beloved husband when a letter arrived, along with a handwritten note from the USPS. The note said, “We are uncertain where this letter has been for the past seven-plus decades, but it arrived at our facility approximately six weeks ago” – and the letter was the one Sgt Gonsalves had written to his mother from that small German town 76 years before.

Both Gonsalves and his mother were long gone by the time the unopened letter was found in a mail depot in Pittsburgh, but the USPS sent the letter on to Woburn anyway – and local workers managed to find Jean’s address. She was stunned and overjoyed to read the words he’d written five years before they even met. “I love it… It’s wonderful,” she said. “It’s like he came back to me, you know?”

It might have been a lifetime late, but that letter managed to boost someone’s morale after all.