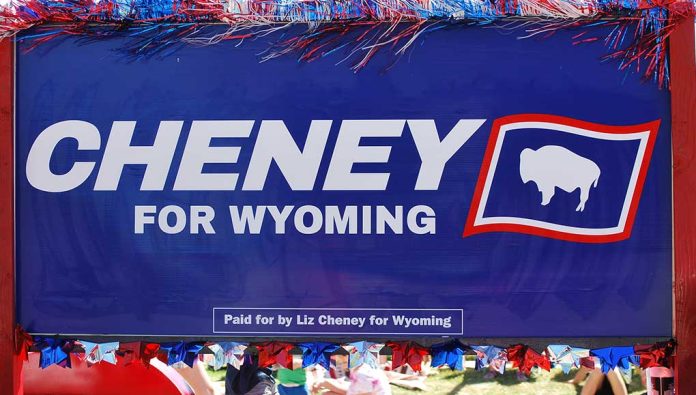 (UnitedVoice.com) – In politics, many like to suggest that the one with the most money will win an election. That’s just not the case. Money isn’t the deciding factor in elections. In New Jersey, a Republican truck driver who invested $153 in his primary campaign and spent less than $10,000 campaigning for the general election managed to defeat the most powerful Democrat in the state Senate. In 2016, Hillary Clinton outraised Donald Trump almost two-to-one. We all know that turned out. In reality, if a political candidate doesn’t align with their voters, they can’t win an election.

If that’s true, then Rep. Liz Cheney’s (R-WY) days in politics are coming to an end. She’s likely to hit the pundit circle and offer her anti-Trump analysis. That appears to be just fine with the Wyoming GOP. A rising star just a year ago, she’s now no longer recognized by her state’s Republican Party. Again, if a politician steps out of line with voters, there’s always retribution.

Cheney Is Cast Out of Wyoming GOP

A year ago, Cheney was in the GOP House leadership. Her colleagues respected her as the only member of the Wyoming delegation. Cheney is a thoughtful and intelligent Conservative. Unfortunately, after the January 6 riot on Capitol Hill, she seemingly flipped out of line with her constituents and the national party.

In January, Cheney was one of 10 House Republicans who voted to impeach former President Donald Trump. She said her vote was an act of conscience in defense of the US Constitution. She alleged Trump incited the riot and lit the flame of violence. By May, her relationship with the Republican House leadership was so toxic that members of her party voted to remove her as conference chair. It’s the third-highest position within the caucus.

On Saturday, November 13, the Wyoming GOP voted 31-29 to oust Cheney from the party. That’s not exactly how they expressed it, but that will be the effective result. The state party said it would no longer recognize her as a member. If she chooses to run for re-election, she will have to do so as an independent or a Democrat. Unfortunately for her, the GOP rules the state, and the odds of her winning against an endorsed Republican are extremely slim.

Wyoming state Republican leaders decided to vote after several counties decided to remove Cheney from their ranks. In some counties, the vote to boot the anti-Trump Conservative was unanimous. The resolution removing her from the party stated she “cast her vote in favor of impeachment without any quantifiable evidence of High Crimes or Misdemeanors.” In addition, Cheney offered Wyoming Republicans no evidence or any attempt to defend her “questionable decision,” the resolution added.

Cheney’s office laughed off the resolution. That might have been a mistake. Donald Trump is very popular in Wyoming, and he recently endorsed former Republican National Committeewoman Harriet Hageman to unseat Cheney.

Politics is a game of persuasion. The ones who can amass a coalition of influencers and voters will earn the privilege of serving in elected office. Ruining the goodwill of those who put you in office will likely compromise your survival. Just ask Cheney. She may find out the hard way next year.