More than 90 million citizens suffer from cardiovascular diseases each year in the United States. Around 360,000 people will die as a direct result of Coronary Heart Diseases and their complications in the same time frame. One of the most common forms of cardiovascular disease is Atherosclerosis, a condition commonly known as “clogged arteries.”

What Causes Atherosclerosis?
Atherosclerosis is caused by buildup of harmful LDL cholesterol, either due to genetic conditions or an unhealthy lifestyle. As cholesterol builds up, it begins to form plaques. Eventually, these plaques irritate the arterial walls, causing them to shrink, creating deadly plaque blockages.

The Silent Killer
The most frightening aspect of Atherosclerosis is the fact that it is considered a “silent” disease. You can go your entire life with clogged arteries, never knowing whether or not your arteries are clogged until you have a heart attack, a blood clot, or a stroke. Knowing how to recognize early warning signs like these can help you get the treatment you need faster to prevent deadly complications.

• Lower Back Pain – Lower back pain is extremely common in Atherosclerosis. Arteries in the lower back are exceptionally prone to clogs, mostly due to structural stress on the area caused by humans evolving to walk upright. As we age, and stop growing, stress on the back weakens discs and causes inflammation, reducing circulation and causing plaque build-up.
By age 20, nearly 10 percent of the population will have evidence of advanced lower back blockages upon diagnostic imaging. By age 40, that number is significantly higher again. What you may write off as just a bit of back pain or even a herniated disc could really be a sign of Atherosclerosis.

• Calf Pain – Pain in the calves is one of the most common symptoms of Atherosclerosis. Technically called “claudication,” it occurs because plaques build up at the top of the legs or just above the knees, making it harder for blood to circulate all the way down to the feet. The oxygen-deprived tissue may swell, show signs of edema, or ache persistently.
Claudication is also a precursor for other more dangerous conditions, like Deep Vein Thrombosis. You should never ignore calf pain that persists for more than a few short hours, especially if you have a history of heart disease.

• Leg or Foot Pain – When Atherosclerosis occurs in the legs or feet, it is called Peripheral Artery Disease, or (PAD). Like claudication, it happens because plaques build up in and around critical arterial junctions higher up in the leg, starving the lower extremities of nutrients and life-giving oxygen.
Some patients with PAD also experience other unusual symptoms, including numbness, tingling, burning, or skin ulcers, or a feeling of extreme exhaustion in the legs and feet.

• Ear Creases – Yes, you read that right. Clogged arteries can cause strange ear creases that are atypical for your usual appearance. Creases that run across the ear canal to the ear lobe may be a sign of edema and/or Coronary Heart Disease (CHD).
It is important to note that some patients simply have ear creases as a natural feature of their appearance, while others develop them as wrinkles or fine lines. This isn’t necessarily the same, but if you’re concerned, speak with your physician for testing.

• Erectile Dysfunction – Issues in the bedroom, especially with regard to ED, can be a warning sign for Atherosclerosis. Like the other symptoms, this slightly-embarrassing issue is caused by a reduction in efficient blood flow to areas where it matters most. You may find you cannot maintain an erection, or you may be unable to achieve an erection at all in the first place.
Some medications, including Viagra, can relieve the symptoms of ED, but they may also be dangerous for patients with Atherosclerosis. Most ED medications work by increasing blood flow; if you have a blockage, this can increase pressure and the risk for a stroke. Your doctor can help you track down the problem and find a fix. 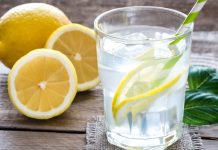 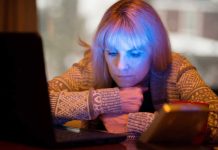