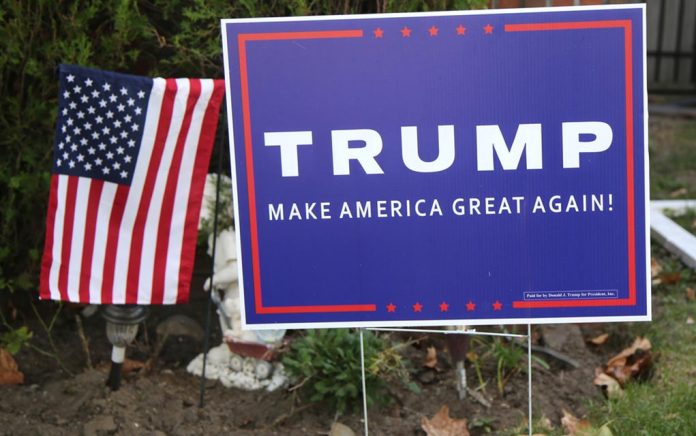 (UnitedVoice.com) – This is one of those stories that leave us wondering what’s wrong with people — more specifically, what’s wrong with the Trump haters? How could a grown adult woman be so full of blind rage toward the president and his supporters that she would physically assault a child?

That’s exactly what happened this week in Boulder, Colorado.

On Monday, August 31, a 12-year-old boy was riding his bike while carrying a campaign sign for Donald Trump. Jesse Rosales, the boy’s father, told Boulder police that a woman turned her car around after seeing the child and his banner — and then became violent.

According to the police, the deranged woman allegedly punched the boy in the back of the head repeatedly with a closed fist. She also reportedly scratched the child.

The 12-year-old told KMGH that he was scared and disappointed about being attacked by an adult over a Trump sign. He said he wasn’t looking for any conflict with anyone. He merely wanted to show his support for the president.

This woman should be ashamed of herself! We wish this young boy a speedy recovery.

Pence Takes Up the Fight for HCQ